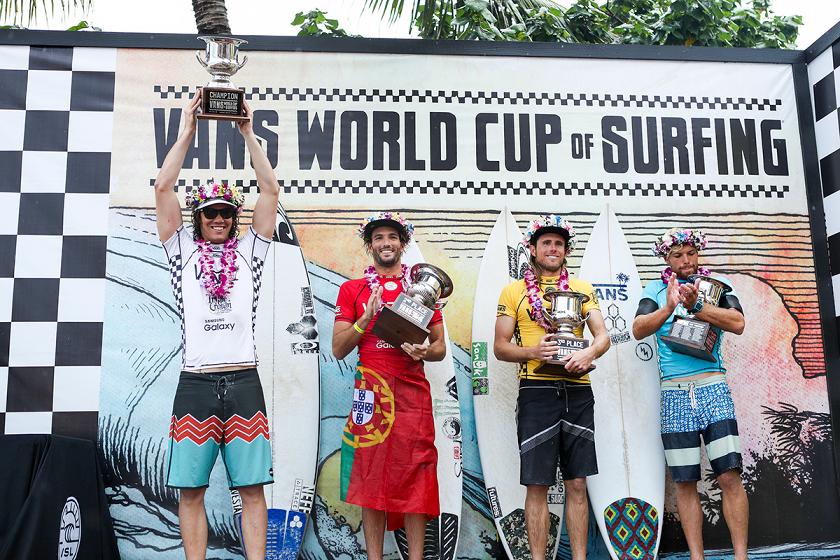 In the heaviest qualification event of the year, Jordy Smith (ZAF), No. 3 surfer in the world, took the win at the Vans World Cup and stamped out his first victory on Hawaiian waves. Undeniably the most on point athlete at the big wave venue today, Smith overtook a stacked Final that included Frederico Morais (PRT), Torrey Meister (HAW) and Tanner Gudauskas (USA).

“Unbelievable, can't believe it,” said Smith. “I feel like this event has eluded me in the past. I didn't have any expectations, I think that was the difference for this event. I just kind of went out there with an open mind. Thanks to everyone who supported me.”

A Qualifying Series (QS) 10,000 rated event, the Vans World Cup marks Smith’s second competitive victory this year, his first a Championship Tour (CT) win at the Hurley Pro at Trestles in September. But a win in Hawaii has eluded him since he began competing professionally.

“Early in my career I made a couple finals out here, I really had something going with the place,” continued Smith. “I don't know, it’s been like six or seven years where I just couldn't do a thing right. And then, everything just came together this year so I'm just really happy.”

Gudauskas opened the Final with two waves for a leg up on competitors and set the tone with strong backhand turns and a 5.0 for keeps. Smith answered back with a super smooth 6.33 on an open face and demonstrated his tactful rail game and signature carves. 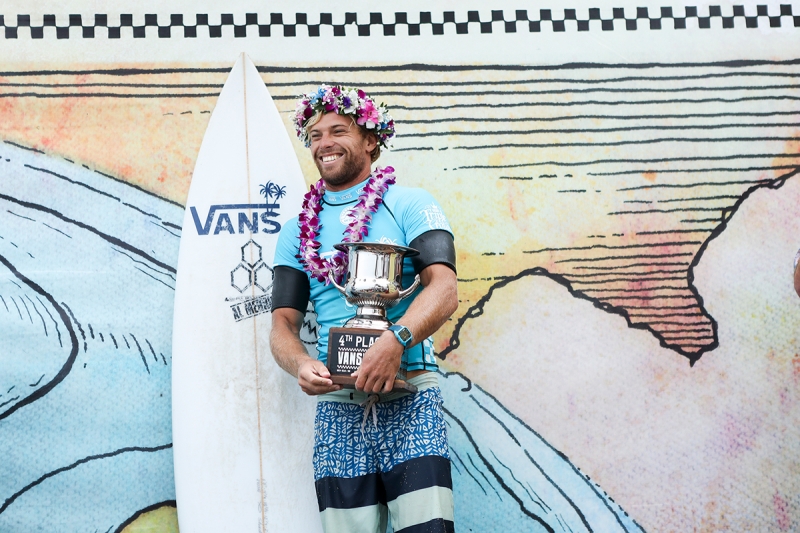 With priority, Morais dropped the first score of significance to take the lead, an 8.23 for a nice carve which set him up for a layback snap on the inside section. Steadily pacing himself throughout the event, Morais made few mistakes and jumped up the QS ratings to the No. 3 slot after his runner up finish today.

Meister, the most inform athlete representing Hawaii, went vertical on his first wave for a 4.77 and showed an uninhibited attitude with his commitment. But drama unfolded after Jordy secured an 8.73 – the highest single wave score of the Final – to shake up the final standings. Morais and Meister attempted to catch the South African with a few more waves, but Jordy’s excellent score cemented his lead on opponents and ultimately the win. 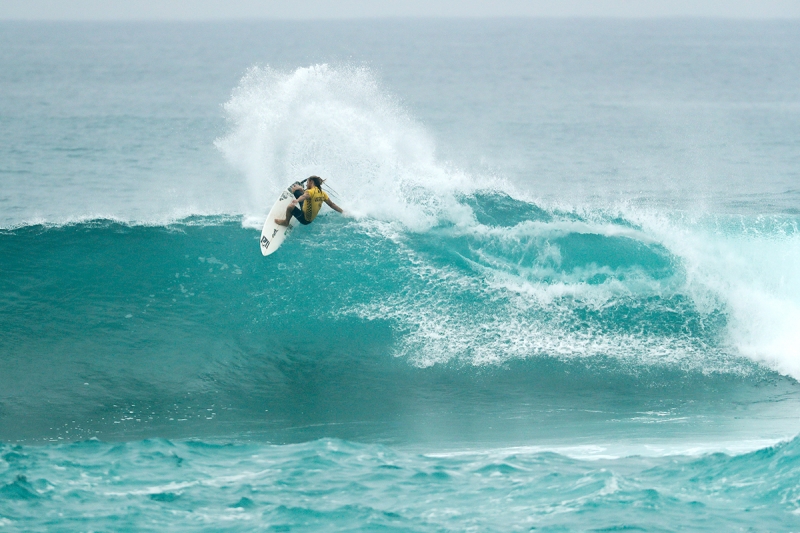 Moves like this took Torrey Meister to the final. Photo: WSL / Cestari

“He always fits this wave really well,” Meister said of Jordy after the awards ceremony. “He’s always one of the best guys out here. Just his hacks, he’s got probably the best hack in the business. He really suits this wave and he’s really powerful.”

Of monumental note was the seven qualifying hopefuls that reached the Quarterfinals, which made for a tense and highly dramatic second half of the day. Ezekiel Lau (HAW), Jack Freestone (AUS) and Jadson Andre (BRA) went on to compete in the Semifinals, which secured a 10th place position on the QS for Freestone and No. 8 for Andre. Lau sits in the 11th spot and need a double qualify situation in order to receive a slot into the 2017 CT. 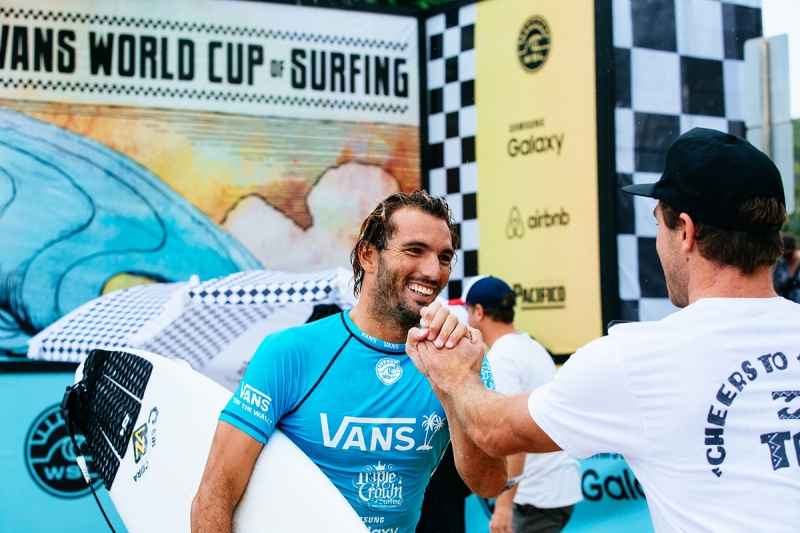 The surf industry now moves to Pipeline where the Billabong Pipe Masters - the final event of the Samsung Galaxy Championship Tour and last gem of the Vans Triple Crown - takes plae from December 8 - 20. Morais now leads the Vans Triple Crown ratings after John John Florence (HAW) was ousted in Round 4 by Tanner Gudauskas ,while Ethan Ewing (AUS) secured the Vans Triple Crown Rookie Award after today's performance at Sunset Beach. 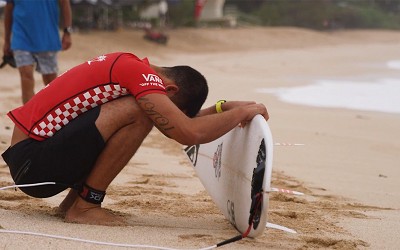 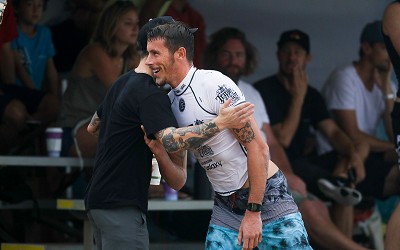 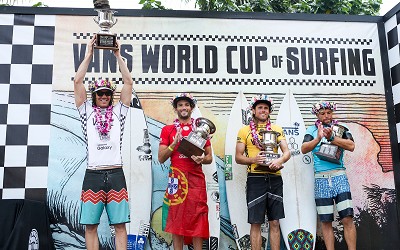 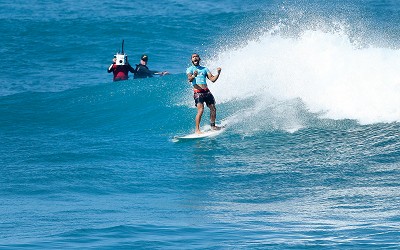 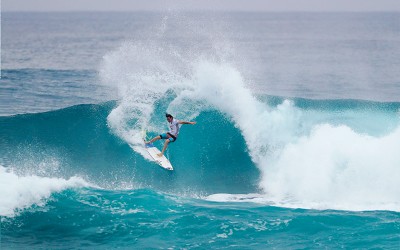 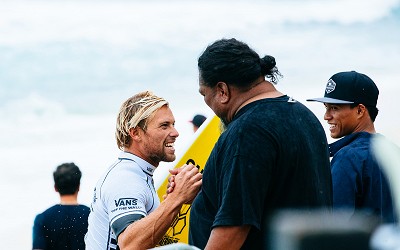 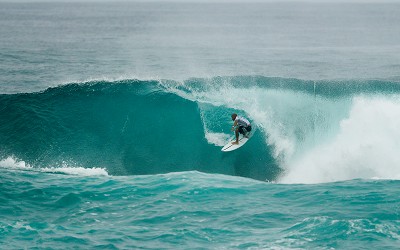 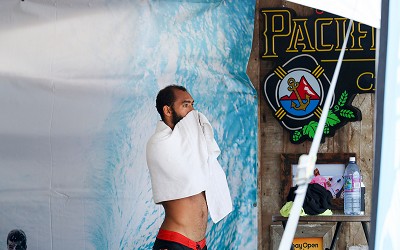 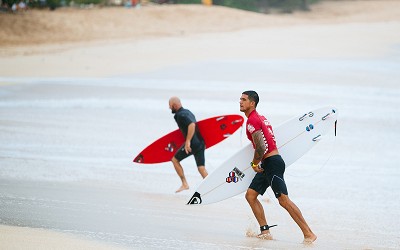