Hawaiian Pro
over - Frederico Morais Wins!, Haleiwa
Maui's Dusty Payne came out firing in Round 1 to post the third-highest heat total of the day. © WSL / Keoki 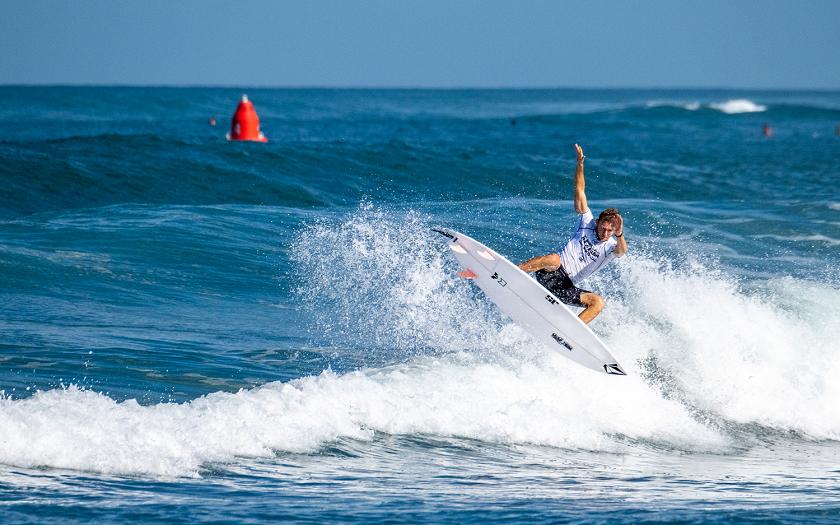 The Hawaiian Pro, a World Surf League (WSL) Men’s Qualifying Series (QS) 10,000 event, launched at Haleiwa Ali‘i Beach today to commence the 37th annual Vans Triple Crown of Surfing. A collision of international and local athletes made for a dynamic opening day with former Hawaiian Pro winner Dusty Payne (HAW) making a statement in the heavy-weighted competition, along with a big showing from the rookie contingent.

Competitors were treated to 6-8ft. surf this morning with wave heights reaching 10ft. and light offshore winds providing clean canvases. Maui’s Payne capitalized on the conditions in Heat 3 to earn one of the highest heat totals of the day, a 13.77 (out of a possible 20), after scoring a 7.17 on his first wave for two strong maneuvers and a critical finish on his feet. In the dying seconds, he backed up his score with a variety of stylish maneuvers for a 6.60 while Tomas Hermes (BRA) advanced in second with two well-executed mid-range rides.

Payne made a competitive comeback last season after a life-threatening accident at Pipeline put him in critical condition for weeks. With tenacity and determination, Payne was back surfing within five months and has a rejuvenated approach to life and competition.

“I’m just happy to be alive, this is all the cherry on the top,” said Payne. “After last year I really didn’t know what to expect as far as surfing. I’m just grateful every day I wake up just to be able to surf, I’m probably more excited now to surf than I ever was. Feels like I’m 15 years old again. I feel really good, I’m excited about this year and happy to see how this Vans Triple Crown goes.”

Grilho earned the opportunity to surf his first Vans Triple Crown after winning the regional Pro Junior circuit last month and has been looking forward to testing his talent against the world’s best in his backyard. 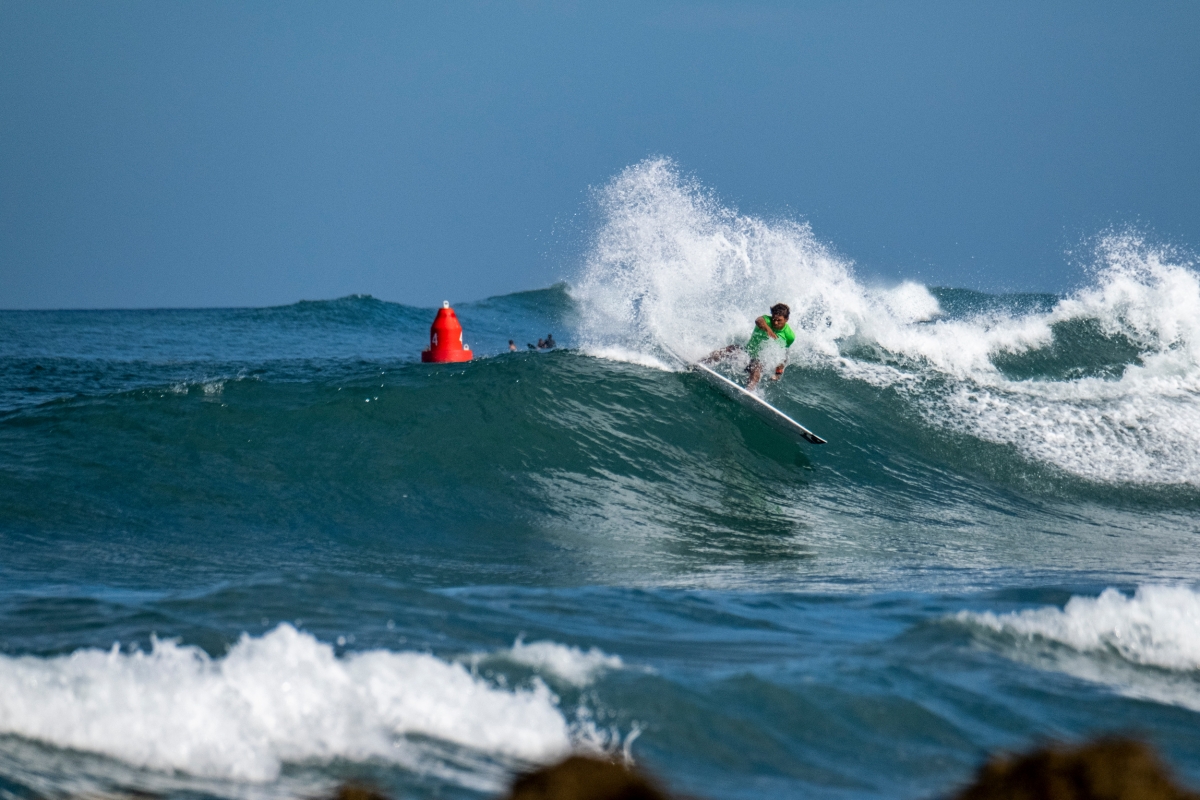 “Competing to me is more enjoyable than free surfing really because I like the progression that I can do in the water at a contest,” said Grilho in an earlier interview. “This year I’ve been doing more QS’s than I’ve ever done so I feel like I’m learning more and progressing more. I definitely want to be on the CT one day and just do good and be the best I can be.”

Brazil’s Joao Chianca, another Vans Triple Crown rookie, had an impressive performance against a formidable heat including Michael Dunphy (USA), Koa Smith (HAW) and Torrey Meister (HAW). Chianca’s commanding lead saw him end with the highest single wave score of the heat, a 7.33 for a two-turn combination and the win ahead of Dunphy.

“It’s my first event of the Vans Triple Crown, so super stoked to make it through,” said Chianca. “Just looking forward to Round 2 and I hope there’s good waves in the next round. My goal this year was to be in the Triple Crown and to show myself, and to show what I got, so here I am!” 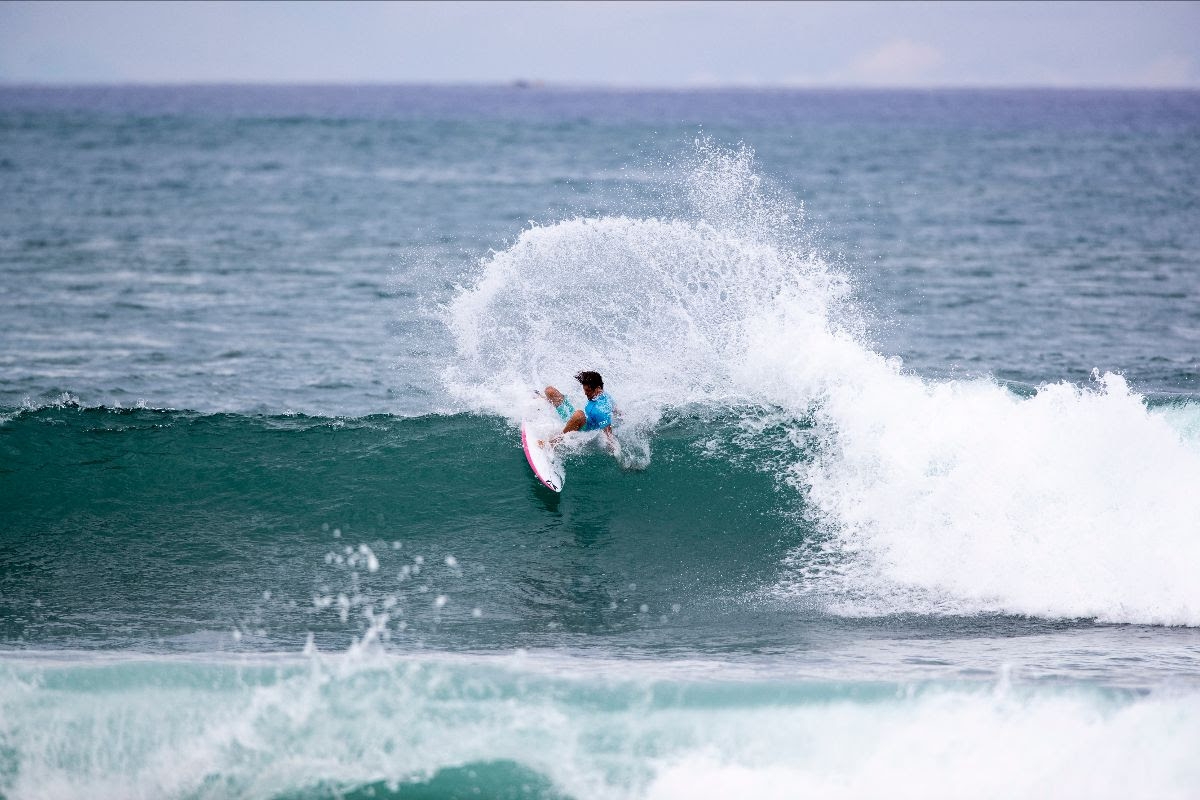 Joao Chianca (BRA) is one of 23 rookies this year at the Vans Triple Crown. © WSL / Heff

Haleiwa has historically been dominated by regular-footers and 2019 marks twenty years since the last goofy-footer, Conan Hayes (HAW), won the Hawaiian Pro in 1999. Former Championship Tour (CT) surfer Wiggolly Dantas (BRA) was the first goofy-footer to earn a heat win today and also took out the best single wave score of the day, an 8.67 for multiple power turns on his backhand.

“I love surfing Haleiwa, the waves are super fun,” said Dantas. “I surfed this morning, but I didn’t get any waves. I looked at my board and I was like, ‘that’s my magic board.’ I just want to go there and try to make big turns. It feels good to be here, another year in Hawaii.”

Dantas also recorded the highest heat total of the day, a 16.67, and is now onto Round 2 where he will meet Carlos Munoz (BRA), Beyrick De Vries (ZAF) and Dunphy. 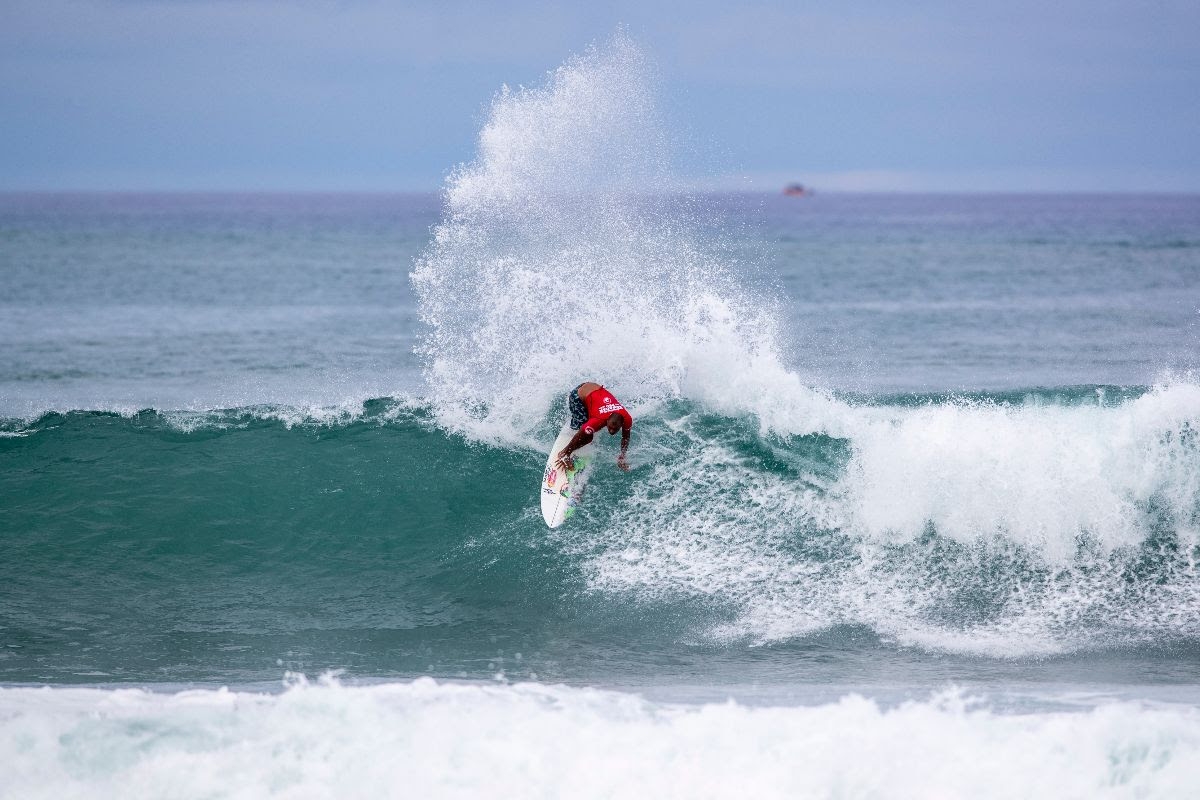 Dantas’ younger brother and last year’s Vans Triple Crown Rookie Award winner, Weslley Dantas (BRA), also used his backhand to his advantage by squaring off with the right-handed waves and earning a 5.83 for a mixed bag of turns. He took to the sky on his last wave in Round 1 Heat 12 and landed an air reverse under priority on a whitewater section, which judges awarded a 4.0 for the heat win.

“I feel good, tomorrow the swell is coming and it’s [going to be] bigger,” said Weslley. “Today is good too, my friends are here, my brother… I got one wave with three turns which is good.” 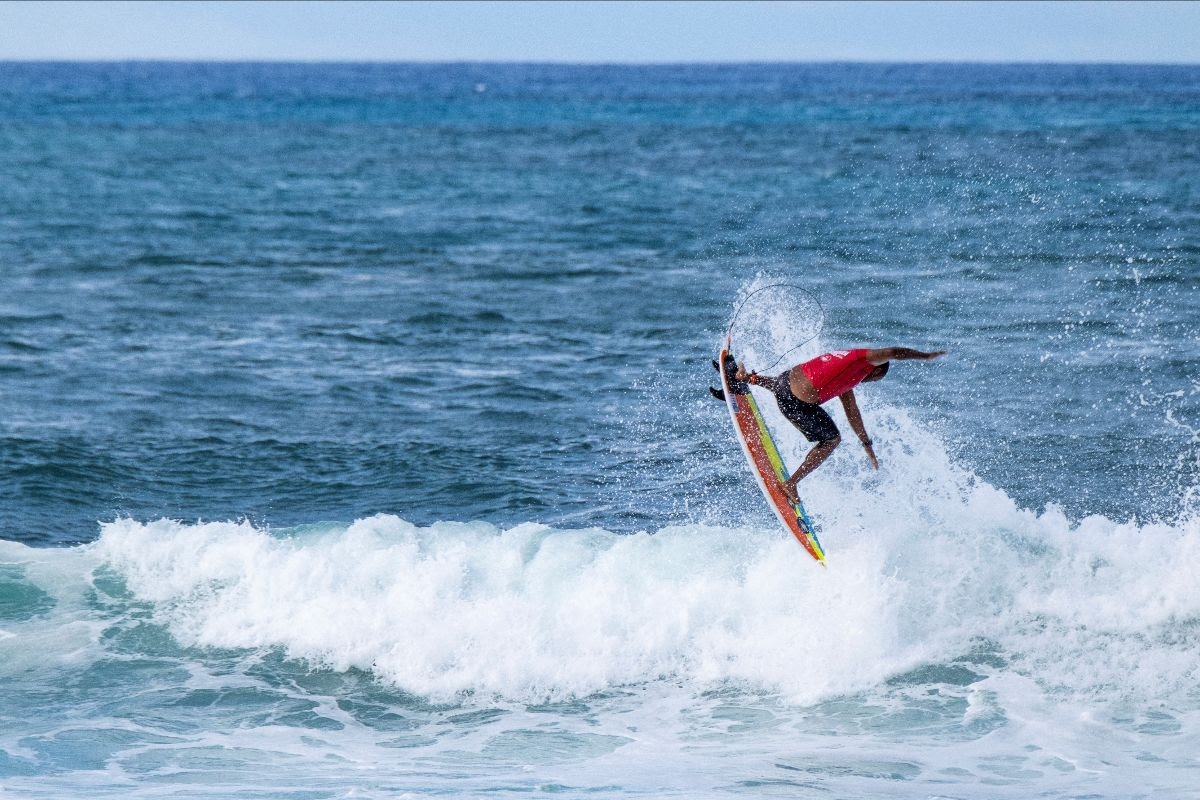 The declining conditions and onshore westerly winds encouraged above the lip, high-performance surfing in the last couple hours of the day, which worked in Eli Hanneman’s (HAW) favor. Hanneman, 17, displayed youthful progression alongside fellow teen Finn McGill (HAW), 19, both advancing out of the heat and into Round 2.

Contest organizers decided to call the competition off two heats shy of completing Round 1 due to unfavorable winds and decreasing swell and will reconvene tomorrow morning to assess conditions for a possible Day 2. 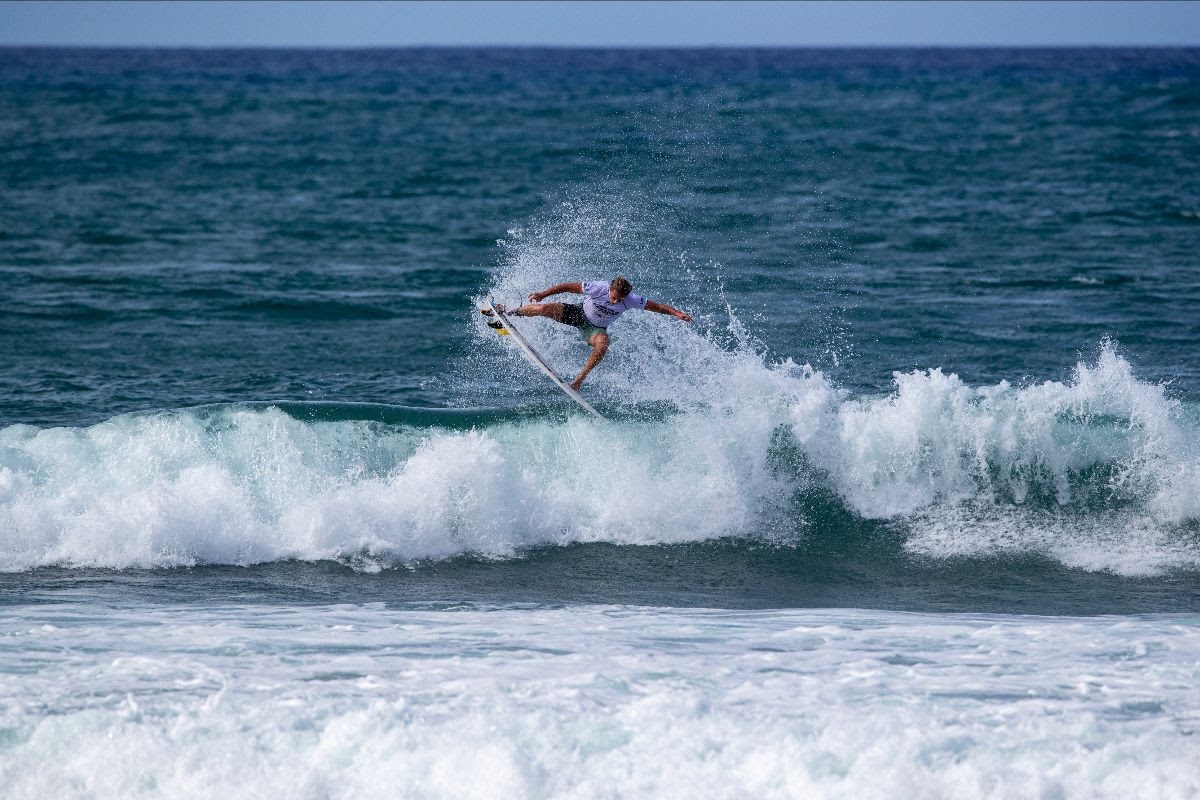 “The excellent waves we had for most of the day deteriorated rapidly near the end of the first round,” said WSL Hawaii/Tahiti Nui Competition Director, Marty Thomas. “Given the favorable forecast, we decided to call the comp off in order to give the remaining surfers in Round 1 the best chance of scoring computable conditions to early in the day.”

Surfline, official forecast partner, anticipates a mix of old/fading NNW swell and new/building WNW swell for tomorrow, Saturday, November 16. Sets are forecast to be in the chest to head-high+ range in the morning and still a bit lully. The surf is expected to build over the afternoon with overhead sets rising up, eventually going well overhead and consistency gradually increasing as well. The new WNW swell peaks late Saturday night. 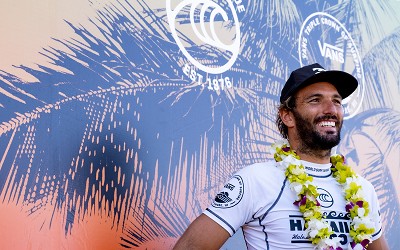 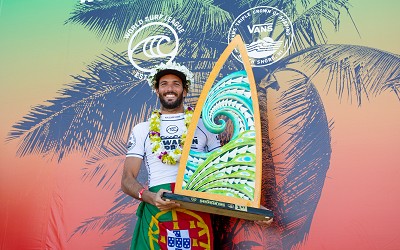 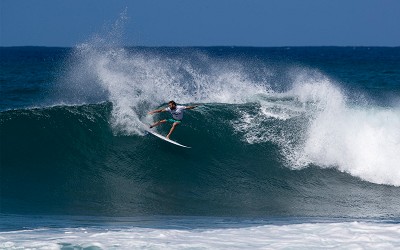 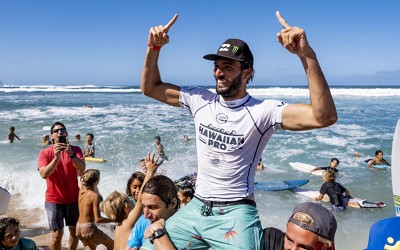 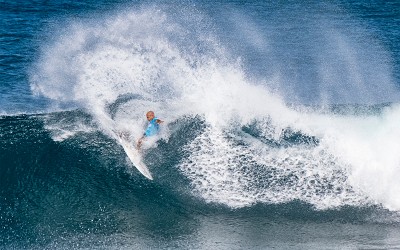 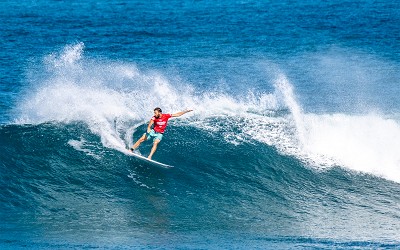 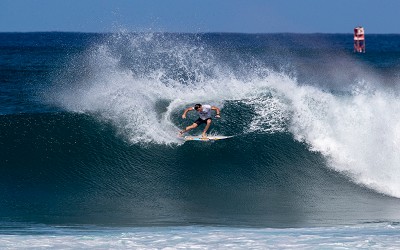 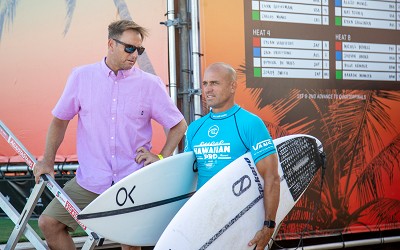 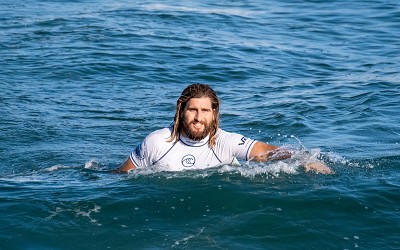 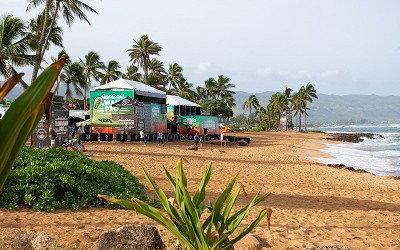