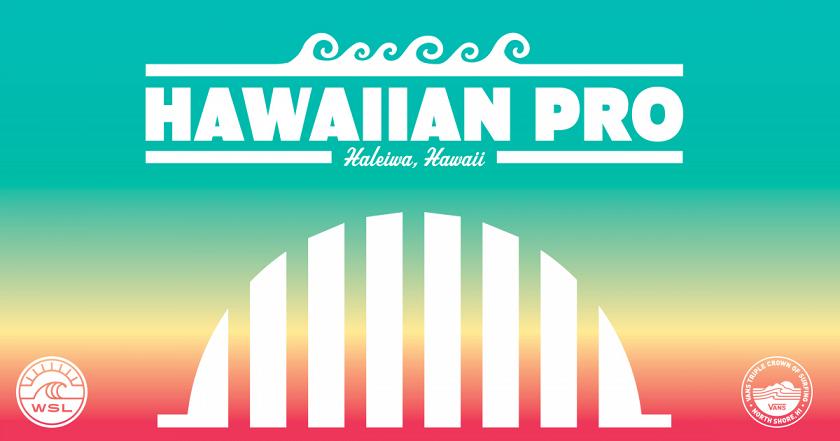 About the Hawaiian Pro 2017

Haleiwa (Alii Beach Park) Best known as the gateway to the Seven-Mile Miracle, Oahu’s famed North Shore, Haleiwa town hosts the first stop of the Vans Triple Crown of Surfing, the Hawaiian Pro. The event runs at Alii Beach Park on the west side of the Haleiwa Boat Harbor, where Haleiwa’s tricky reef is capable of delivering hollow rights, rippable sections and powerful closeouts.

Haleiwa is a true test of a professional surfer’s ability to handle a multitude of conditions, all at the same break. From two to four feet, Haleiwa is a rippable peak, with most surfers favoring the longer rights. Its racey walls allow for high-performance surfing at its best. At four to six feet, the right can get hollow and heavy and competitors will sit deep and look for the longest barrels. Over six feet, Haleiwa can handle, but the waves transform into powerful, punishing walls of water that race down the reef before closing out over the extremely shallow Toilet Bowl section. The shallow slab of reef is responsible for critical and dangerous end-of-wave maneuvers, as well the occasional broken board.

Best on a west swell, knowledge of the lineup is key at Haleiwa. As the surf increases in size, a strong rip develops across the lineup and can pull surfers out of position and right into the impact zone of an oncoming set. Most often, the winner at Haleiwa is the surfer who can handle themselves in a variety of conditions and have the stamina to continually fight the rip, heat after heat. 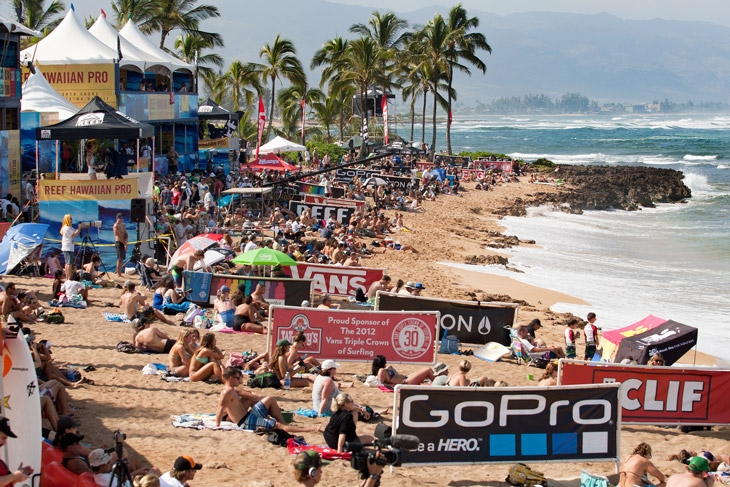 “When you’re in the lineup watching sets come from Avalanche and reforming at Hale‘iwa, you’ve got to really take your mind and put it in your pocket when it’s like that. Hale‘iwa is a serious wave when it’s on and it’s big and west. Those are the days when a lot of guys go to Sunset and Pipe. Very few would challenge Hale‘iwa. Rabbit took me down there a few times and it scared the bejesus out of me! It’s a wave to be reckoned with. You’ve got to have everything down pat to be right. It’s got so much rip pulling you out to sea and once you get past the takeoff spot the only way back in is to get annihilated back to shore and start again.” —Gary Elkerton 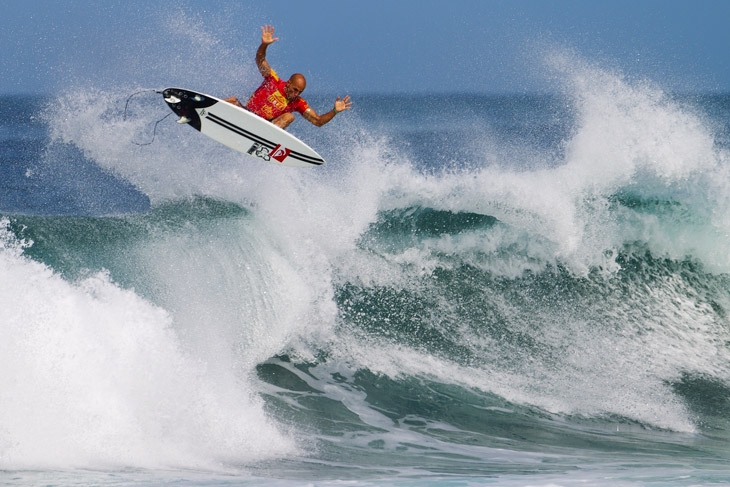 Ali‘i Beach, at the end of Historic Hale‘iwa Town, is home to the Hawaiian Pro, the first stop of the Vans Triple Crown of Surfing. This technical and powerful right-hander is the ultimate venue for surfers to transition to the mid-winter power of the North Shore. It is a slab of sharp reef that exhibits characteristics of Sunset Beach and Pipeline, but with a few challenges of its own. 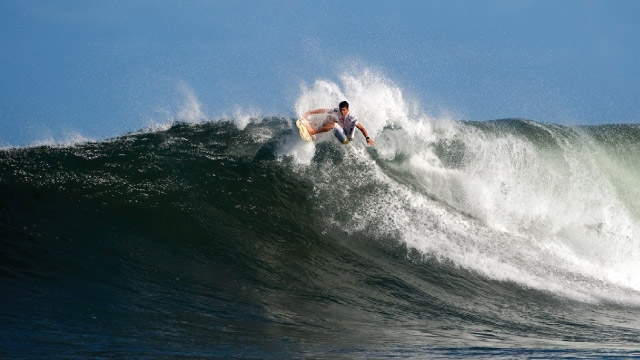 Much like the raging ocean currents that sweep across Sunset Point, Hale‘iwa is famous for a strong rip that keeps surfers paddling fervently just to stay in position for the waves. With big open faces and a fast bowling section, Hale‘iwa also offers the potential for surfers to showcase the most progressive above-the-lip aerial surfing. 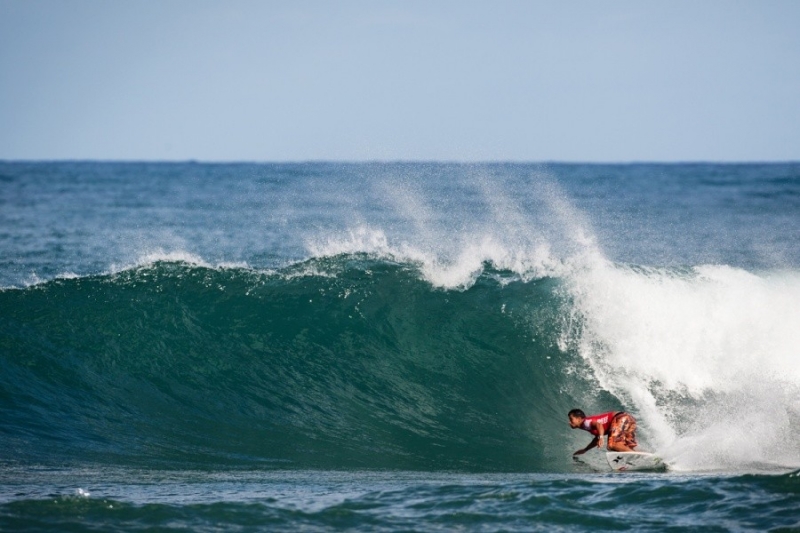 Hale‘iwa is undoubtedly the genesis of surfing’s greats on the North Shore. With its playful shorebreak and annual menehune contest, almost every homegrown Hawai‘i surfer can trace their involvement in the sport to a humble beginning at Ali‘i Beach. This wave is a right of passage and the perfect training ground for charging the North Shore’s heavy, intimidating and extra-large surf. Hale‘iwa can hold its own when the surf gets huge and this big-wave seasoning is a home-court advantage for local surfers looking to post a big result and gain precious momentum going into the next two events. 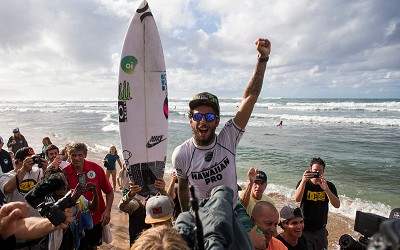 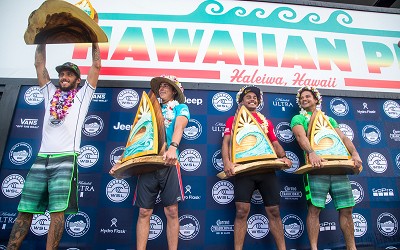 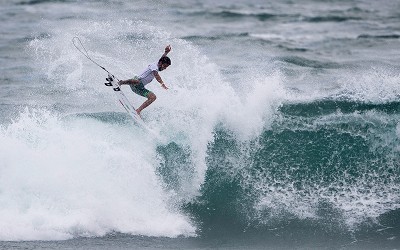 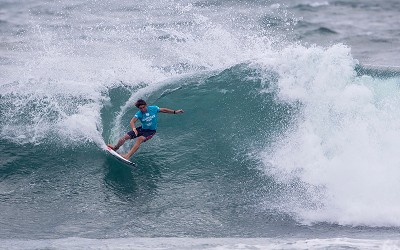 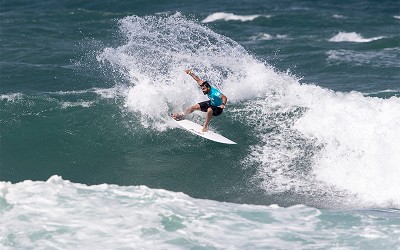 Willian Cardoso Qualifies for ‘18 CT during Day 3 at Hawaiian Pro! 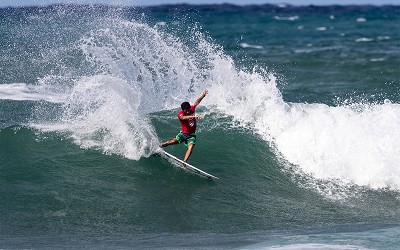 Hawaiian Pro: “Forget Everything You Know About Haleiwa”! 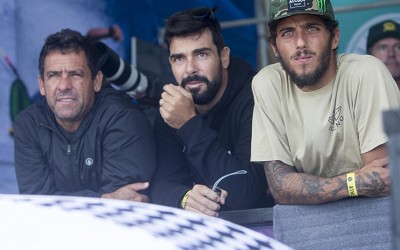 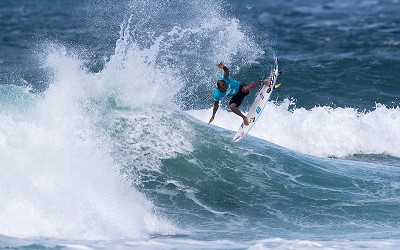