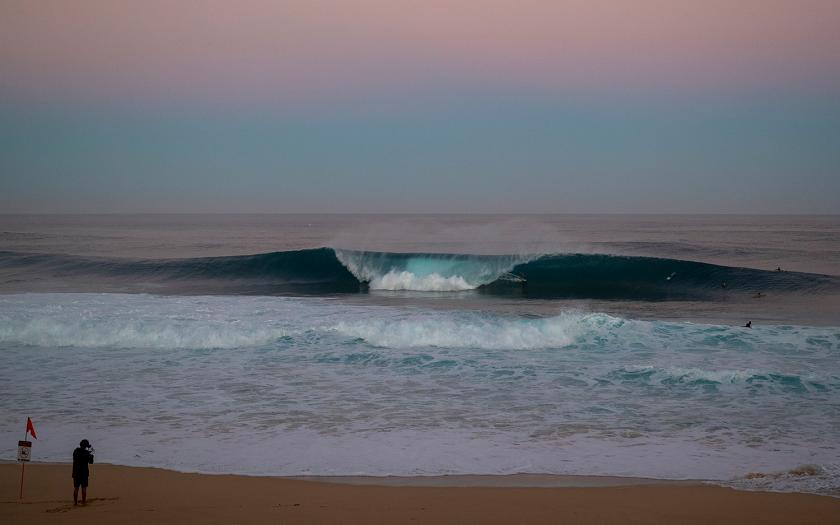 Pumping Conditions for Billabong Pipe Masters Round of 32

The Billabong Pipe Masters in Memory of Andy Irons, the final stop on the 2019 World Surf League (WSL) Men’s Championship Tour (CT) and third gem of the Vans Triple Crown of Surfing, will continue in eight-to-ten foot (2.4 - 3 meter) waves at Banzai Pipeline. The Round of 32 will start at 8:00 a.m. HST with overlapping 50-minute heats.

“We had a fresh pulse of NW swell fill in overnight providing some epic waves at Pipe and Backdoor,” said Marty Thomas, WSL Hawaii/Tahiti Nui Competitor Director. “We’ve extended the overlapping heats to 50 minutes today to give the surfers more time to find the gems.”

Italo Ferreira (BRA) will be up first in the Round of 32 this morning against good-friend Jadson Andre (BRA). Ferreira will need to win this heat in order to keep his World Title and provisional Olympic qualification hopes alive. Andre has already qualified for the 2020 CT through the Qualifying Series (QS) but a win at Pipe could provide access for other qualifiers via the QS.

Owen Wright (AUS) will surf in Heat 3 against Yago Dora (BRA) and needs a win to keep his Olympic aspirations intact, while Julian Wilson (AUS) needs to take down Willian Cardoso (BRA) in Heat 4 for his provisional Olympic qualification.

Heat 11 will see two-time WSL Champion John John Florence (HAW) come up against Ezekiel Lau (HAW). Lau needs to place fifth or higher in order to put himself back into requalification position for 2020. Florence needs to advance in order to keep his advantage over 11-time WSL Champion Kelly Slater (USA) and Seth Moniz (HAW) for the USA’s final Olympic qualification seat.