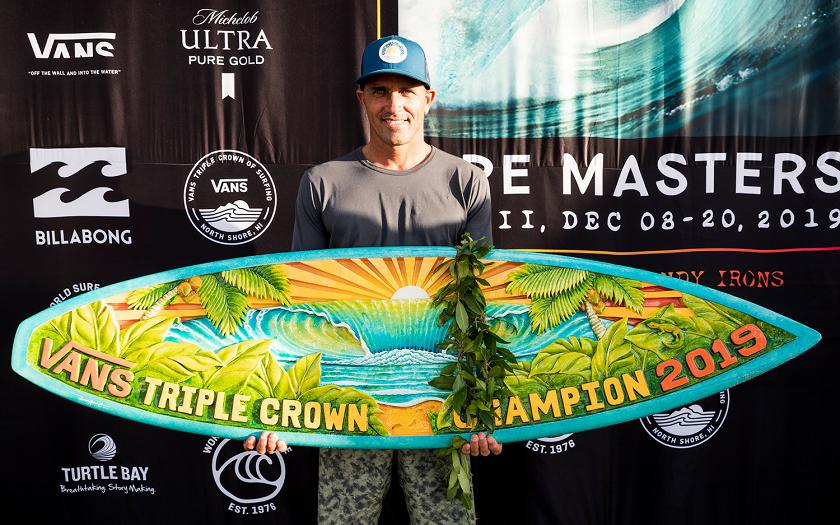 The greatest surfer of all times just secured his third Vans Triple Crown title, the first one since 1998, with his Billabong Pipe Masters performance.

After spending most of his Quarterfinal heat behind the Australian Jack Freestone, Slater was able to find a buzzer beater at Backdoor, making the crowd go crazy at the beach.

The other event front runner, Michel Bourez, needed to finish ahead of Kelly to snag his first Vans Triple Crown title but failed to past by the young Californian ripper Griffin Colapinto in the Quarterfinals.

Stay tuned for videos and more details on today's huge action at the North Shore of Oahu.