The Billabong Pipe Masters in Memory of Andy Irons, the final stop on the World Surf League (WSL) Men’s Championship Tour (CT) and the third gem of the Vans Triple Crown of Surfing, will be OFF for the day due to small swell on offer. With today called off, there are only two days left in the waiting period, and event organizers will reconvene tomorrow at 7:30 a.m. HST for the next call.

"Another small day of surf here at Pipe lacking quality, so we are calling the competition off for the day," said Renato Hickel, WSL Tours and Competition. "We will have another call tomorrow at 7:30 a.m. HST for a possible 8:00 a.m. start. Two remaining days in the window. Out of the two, Thursday being the best, so a great chance of finishing the event tomorrow. A lot on the line, World Title, Olympic qualification, Rookie of the Year, the Vans Triple Crown title, and the last spots on the CT, so you can't miss it."

When competition resumes, the Billabong Pipe Masters will decide the winner of the prestigious Vans Triple Crown of Surfing, the next Pipe Master, the 2020 men's CT competitors, the final provisional Olympic qualifiers, and the 2019 World Champion.

The three remaining World Title contenders will need to win their next heats in the Round of 16 in order to keep their World Title hopes alive. Current World No. 1 Italo Ferreira (BRA) will face rookie Peterson Crisanto (BRA) in Heat 1, while No. 2 Gabriel Medina (BRA) will have a rematch with Caio Ibelli (BRA) in Heat 5. World No. 5 Kolohe Andino (USA) will battle 2016 Pipe Master Michel Bourez (FRA) in Heat 8. 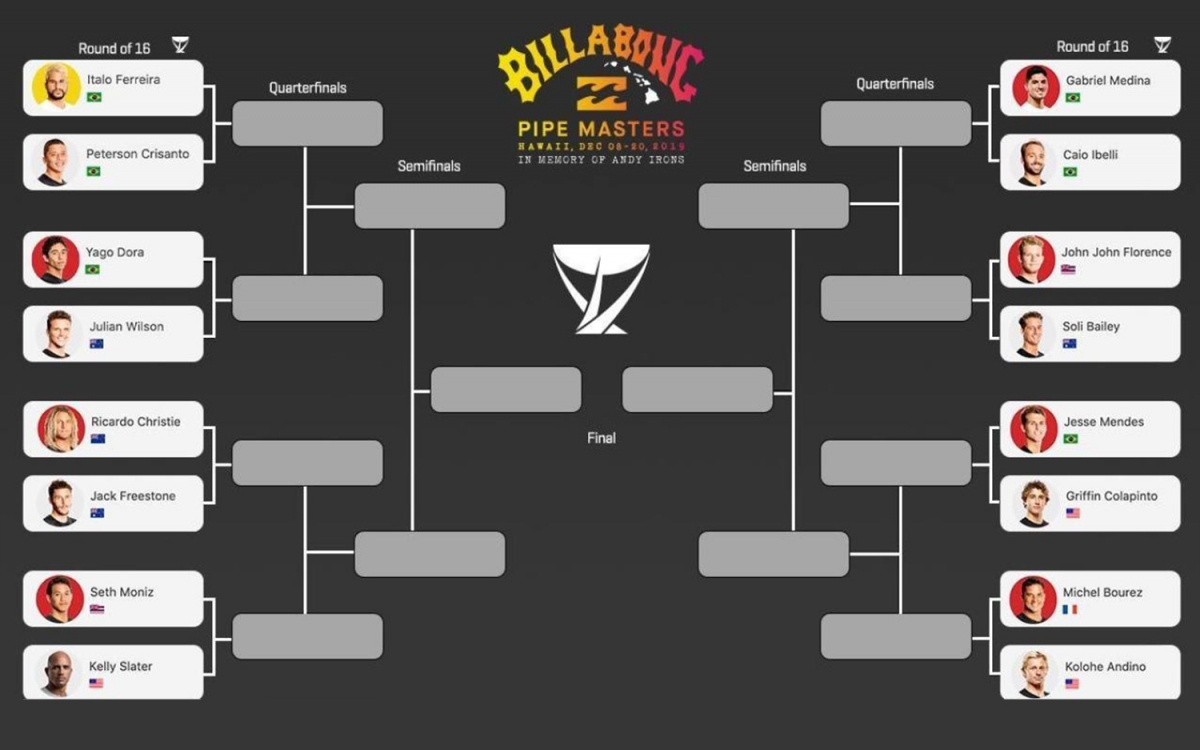 ROUND OF 16 SCENARIOS AT PIPELINE 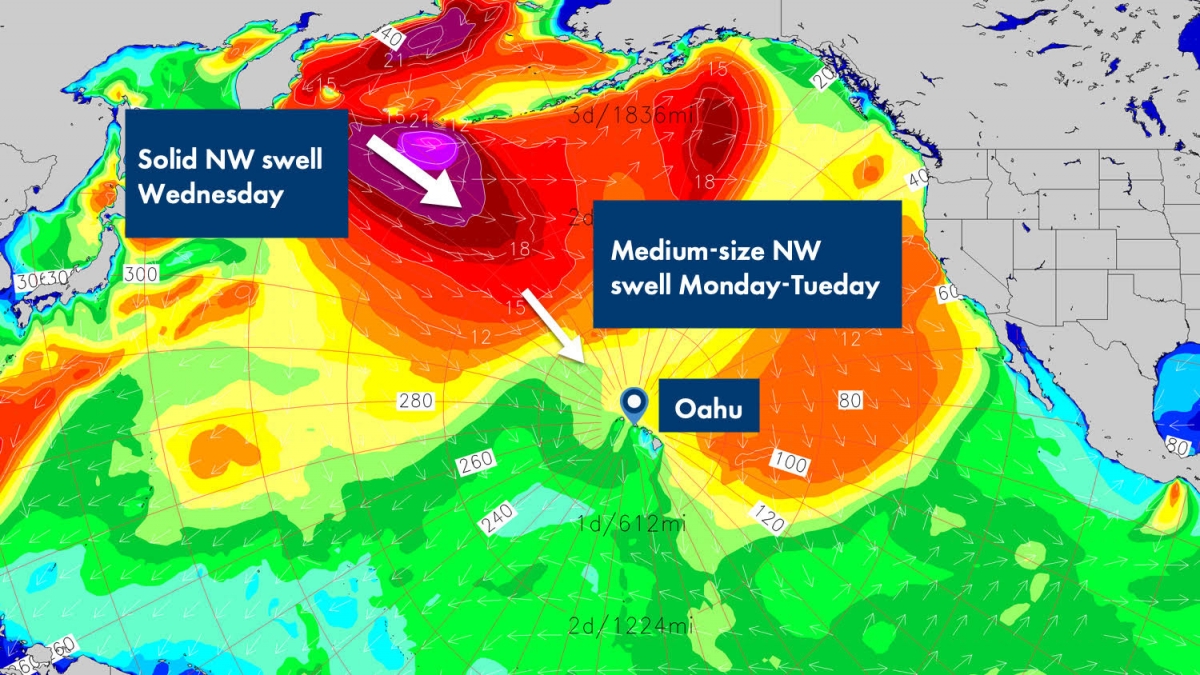 The next call for the Billabong Pipe Masters will be tomorrow morning at 7:30 a.m. HST for a possible 8:00 a.m. start. Once called on, the event will be broadcast LIVE on WorldSurfLeague.com, the free WSL app, and VansTripleCrownofSurfing.com. Also, check local listings for coverage from the WSL's broadcast partners. Fans in Hawaii can tune into Spectrum SURF channels 20 and 1020HD, which will televise the live-action and event replays.