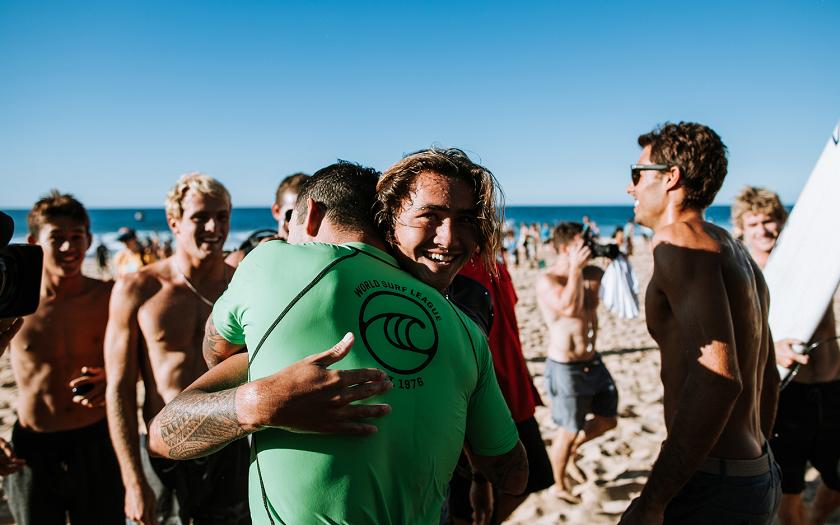 2019 will mark Kemper’s second appearance in the Billabong Pipe Masters, his first being in 2012 where he was defeated by eleven-time World Champion and seven-time Pipe Master Kelly Slater (USA) in Round 3. Today, he went against an all-Hawaii Final that included runner-up deVault, Keanu Asing (HAW) and Koa Smith (HAW) and put on a powerful performance that included a 7.67 in the Final for a set wave at Backdoor and a 5.50 for a technical, late drop into a Pipe barrel that he wrangled to remain on his feet.

“This is everything I worked for, I gotta thank Kahea Hart for getting me ready for this kind of stuff,” said Kemper following the Final. “At the end of the day this is what we plan for. Be ready for battle and be ready for a marathon. I’m excited, I’m so grateful to get in this main event, this will be my second time competing in the main event. Really excited, I hope I draw one of the Title guys and mess some guys up and have fun. I think we have a great forecast ahead of us, looks like some really good waves.”

While Kemper has seen a lot of success at Sunset Beach just up the road, his best result at Pipeline was a 5th place finish in the 2012 Volcom Pipe Pro, making today’s victory a feather in the cap for the Big Wave World Champion. Kemper’s family greeted him on the sand and he was chaired up the beach to the cheers and applause of fans and friends.
“I just want to say thank you to my family, my wife, my children, all my sponsors, my friends, my family down here," Kemper continued. "I wouldn’t be able to do anything in life without them and I’m just in a great place and just having fun enjoying life.”

DeVault, the 22-year-old from Maui, finished runner up behind Kemper and is set to compete in his very first CT event once the Billabong Pipe Masters begins. His stylish brand of surfing was a great match to the building swell and as deVault made his way through the rounds, he passed Pipeline specialists and past trials winners along the way. Although he claims he isn’t a Pipeline afficionado quite yet, his surfing made a different statement today as he successfully navigated multiple barrels and tallied good scores throughout the competition. 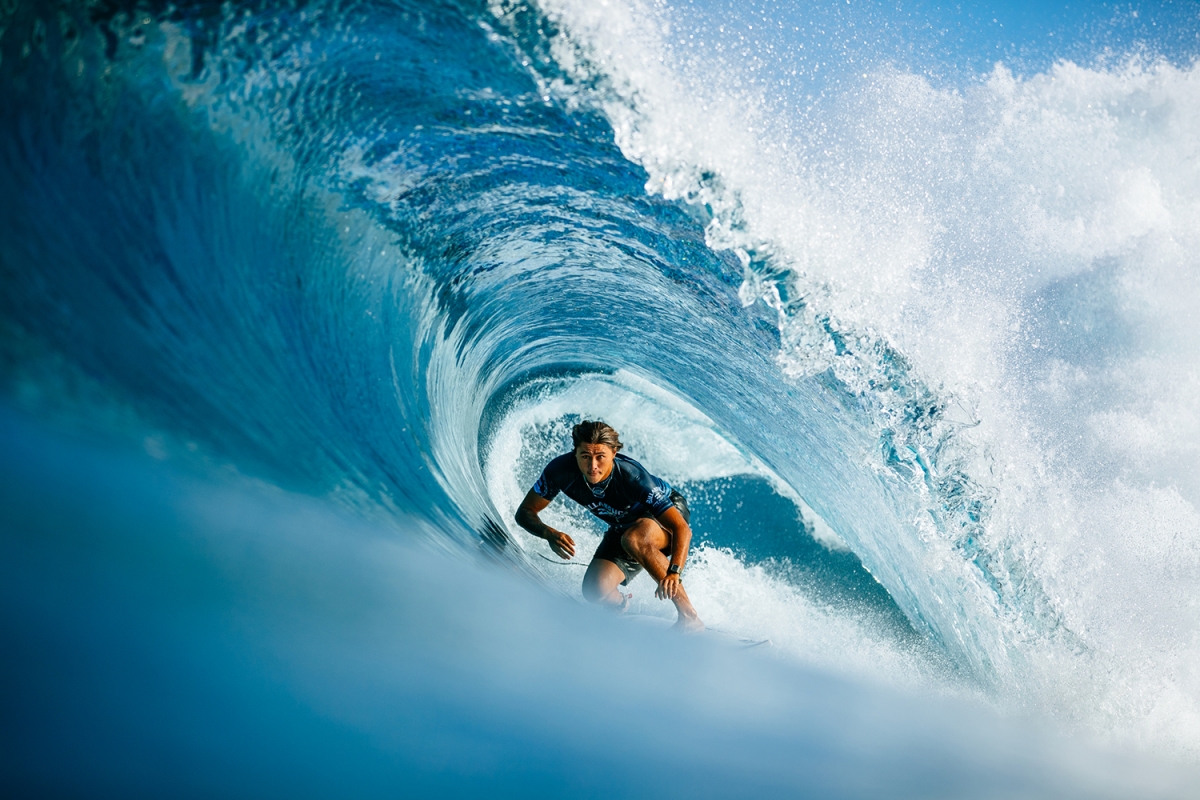 Imaikalani deVault had a breakthrough performance today and will surf in the heat of his career in the 2019 Billabong Pipe Masters. Photo: WSL / Sloane

"I can’t believe it, long day but so stoked, dream come true,” said deVault. “It will be my first CT ever, so I’m excited. Looks like we have good waves coming so it should be fun. I’m going to have a gnarly heat, I’m not sure who I’m going to draw but I know it will be one of the top seeds. It will be fun, hopefully I get a couple sick waves.”

As the Pipe Invitational wildcards, deVault and Kemper will have the opportunity to play spoiler to the World Title once the Billabong Pipe Masters is called on. DeVault will compete in Heat 5 against two-time World Champion and current No. 2 Gabriel Medina (BRA) and Willian Cardoso (BRA), while Kemper will match up with World No. 1 Italo Ferreira (BRA) and Michael Rodrigues (BRA).

Koa Smith (HAW) is touted as one of the best freesurfers in the world and used his exceptional barrel riding skills and Pipeline expertise to secure a spot in today’s Final, as well as the second-highest wave score of the day during the Semifinals. Despite a less-than-ideal afternoon sea breeze, Smith found a Pipeline gem and dropped in deep behind the peak. The wave spit prior to his clean exit and Smith emerged into the channel with an exuberant two-hand claim and an 8.77 score. While many of the day’s top scores came from Backdoor, Smith stuck to his game plan and consistently found some of the best lefts of the day at Pipeline. 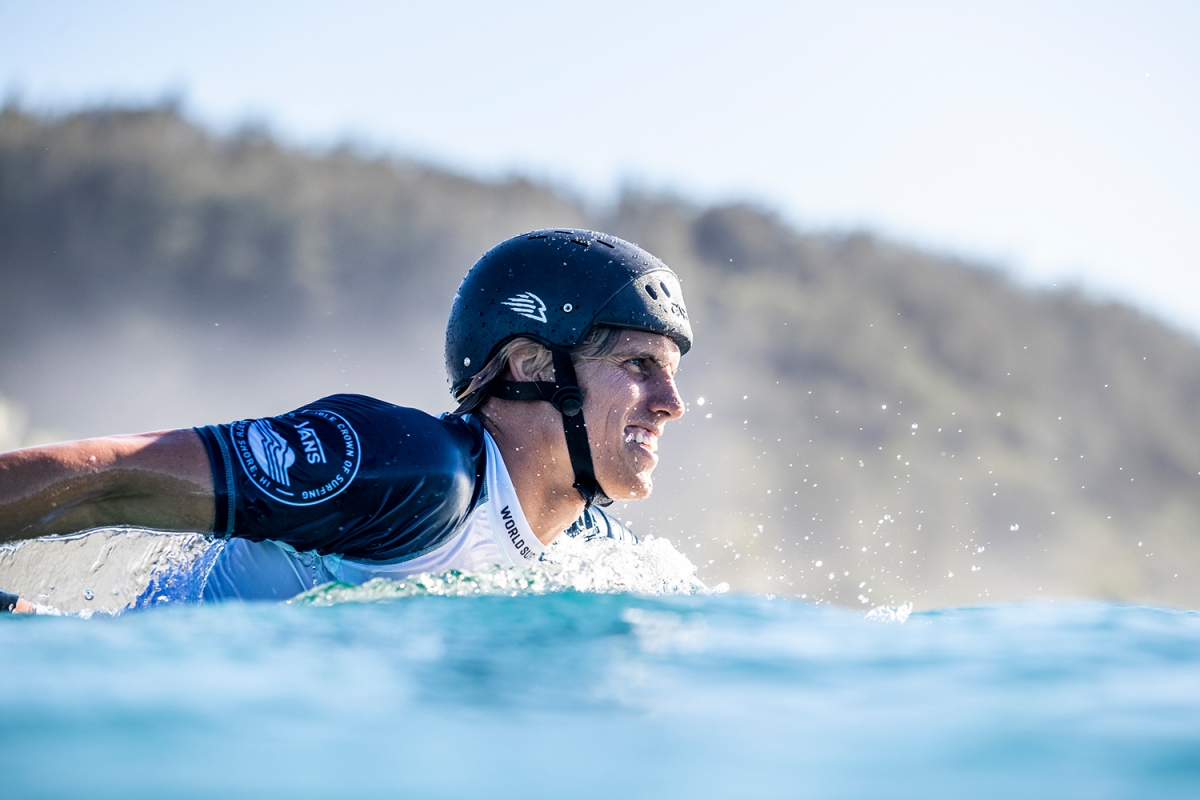 The goofy-footer from Kauai, Koa Smith is a consistent standout at Pipe. Photo: WSL / Cestari

Australia’s Ethan Ewing (AUS) currently leads the Vans Triple Crown of Surfing title, however by falling out of today’s competition with a Semifinal finish, his hopes of claiming the illustrious title could be overtaken by CT leaders Frederico Morais (PRT), Ezekiel Lau (HAW) or Wade Carmichael (AUS), all who are within the top ten spots on the rankings. Ewing earned fourth at the Hawaiian Pro last month, stop No. 1 of the Vans Triple Crown, and backed this up with a third-place at the Vans World Cup of Surfing last week.

“It’s pretty amazing but I don’t think I’ll win, especially just going through this draw is really hard, but I’m really happy to be leading at this stage,” said Ewing. “Feels good to surf Pipe with three other guys out, especially to have a heat with Bruce Irons. He’s been my favorite surfer since forever.”

Machine-like in the consistent, barreling conditions, Jack Robinson (AUS) followed up his recent victory at the Vans World Cup of Surfing with a Semifinal finish today. Not surprisingly, Robinson led the charge with a powerful performance in Round 1 Heat 1 and set the standard with a 9.00 score for a long, driving Backdoor barrel and a smooth cutback to stamp out excellence. Despite his comfort-level in severe waves, the Australian demonstrated a healthy dose of humility when it comes to respecting legendary Pipeline. 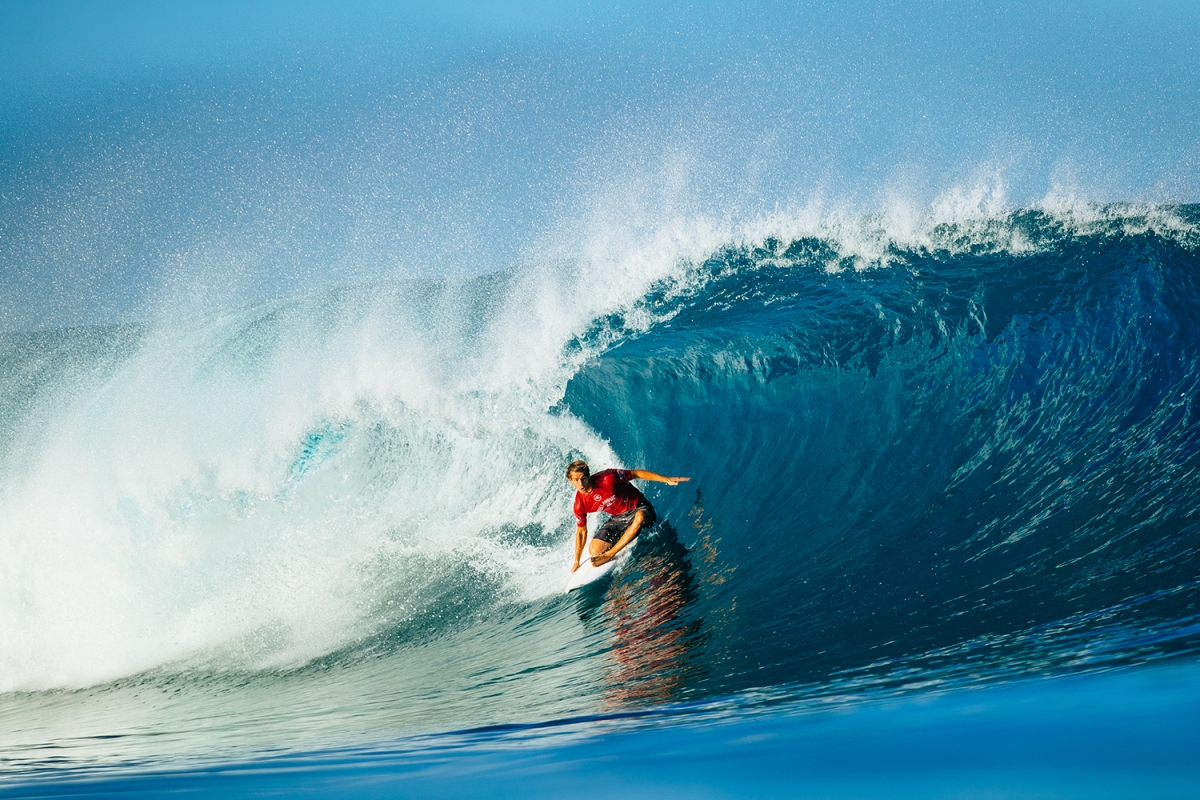 Jack Robinson is on a roll this season and will be an exciting new name on next year's CT. Photo: WSL / Sloane

"Haven’t surfed out here at all, before the event,” said Robinson. "That was my first surf really so, I’m just getting used to it now. Just trying to feel it out. I've been hurt out here before. I had some bad hits, hit my head numerous times on the reef. I get scared out here when it’s heavy and before events. It’s always good to have a little bit of fear, you can’t just be crazy, you need to be safe at the same time.”

Robinson won the Pipe Invitational in 2014 and further proved his prowess with a win earlier this year at the Volcom Pipe Pro Men’s QS 3,000. He qualified for his first run on the CT following the Vans World Cup win last week, and after his eighth heat win in a row, the dynamic surfer will carry his momentum into 2020 where he will be a fresh face among the world’s best. 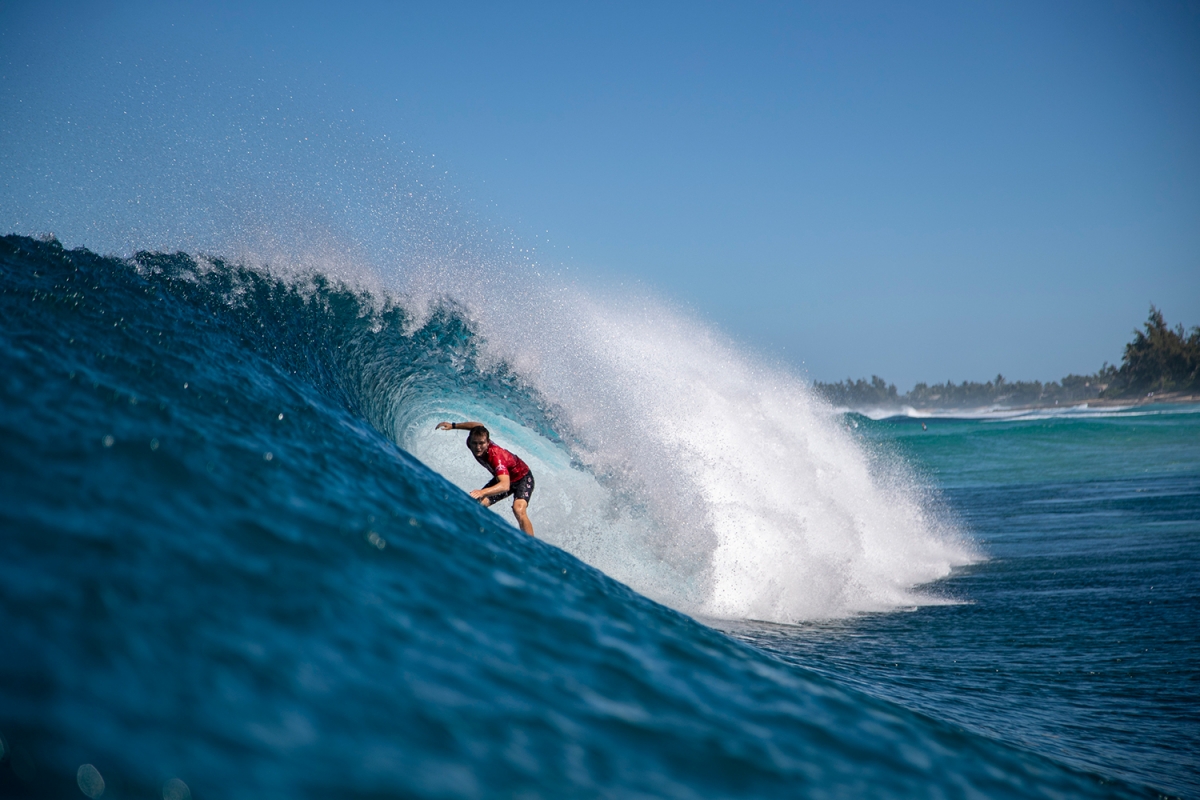 With last-minute heroics, Dusty Payne (HAW) significantly improved his 1.50 scoreline with less than eight minutes on the clock after finding a set wave with priority in Round 1 Heat 8. He flew out of the barrel with the spit and scored a 6.50, the highest single-wave score of the heat, however, remained in third place until he found his backup score, a 5.67 for a beautiful Backdoor barrel with only two minutes remaining on the clock.

"Growing up surfing out there, as a younger kid, those are the only waves you get, ones that look like closeouts, the boys let them go by,” said Payne. “I think that paid off right there, being a grom and surfing out there a bunch. The WSL has done an amazing job for us to have this event and anytime you can surf Pipe it’s so fun. I just had a good time, thanks to the WSL for this.”

Payne won the Pipe Invitational in December 2017 but was sidelined from competition only weeks after due to a near-death experience at Backdoor. He made a miraculous comeback in 2018 at the Vans Pro and is now in full-swing competition mode. A testament to his warrior mentality, Payne tackled the same stretch of reef where his injury occurred for a heat win today and a Quarterfinal finish. 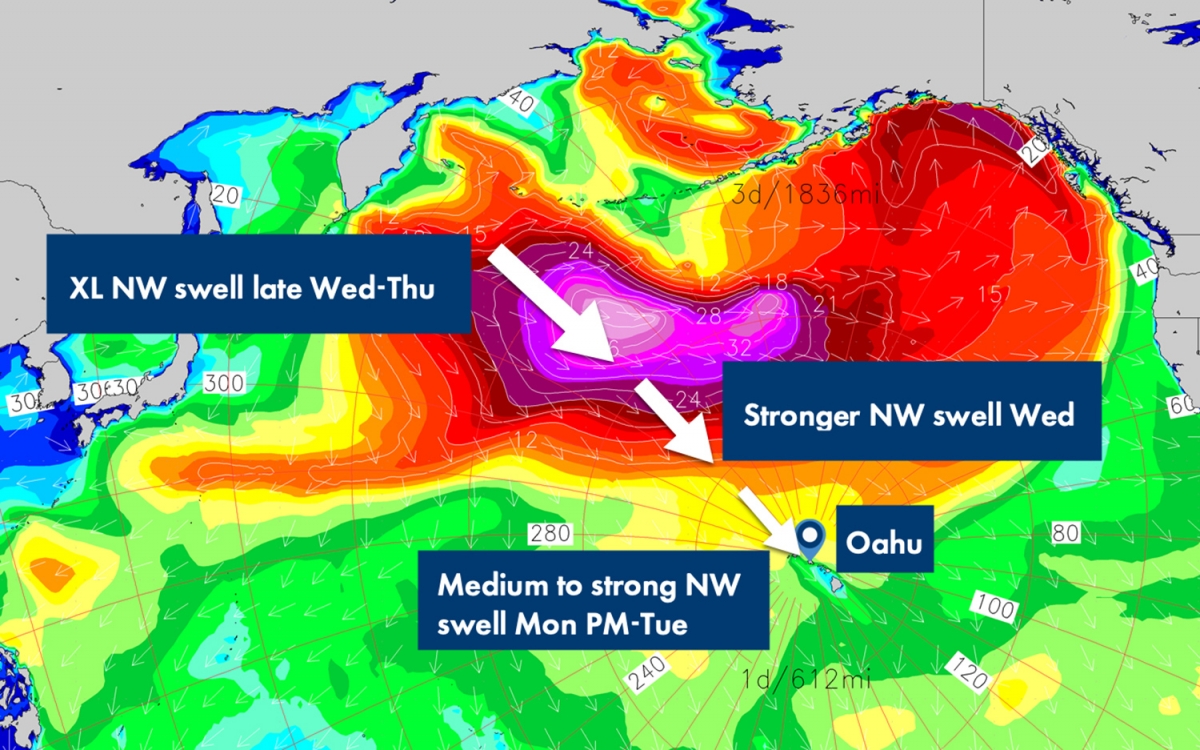