SWELL/SURF: New NW swell is expected to build through the morning should peak from mid day through the evening.
WIND: Light to moderate E trades in the early morning trend to the ENE and build for the afternoon in the 10-14kt range.

SWELL/SURF: NW to NNW swell fades through the morning with the strongest waves early. Reinforcing NNW to N swell builds during the afternoon and evening to level things off a bit at the sandbar and down through Off the Wall, although it primarily misses Pipe.
WIND: Rebuilding and becoming strong E trades. 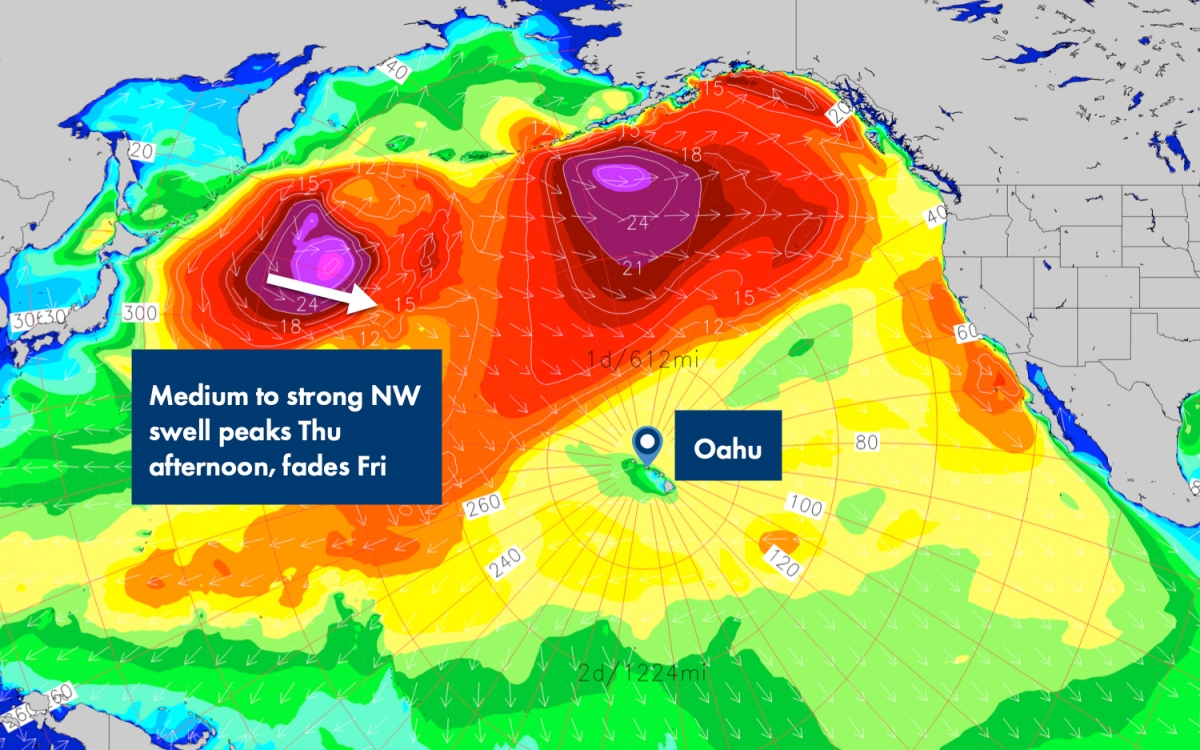 Overhead surf is expected in the morning, with sets building to double overhead by the early afternoon.

Our new, longer period NW swell (305-330) has been slowly building on Buoy 01 over the last few hours and looks very close to what we were expecting. This swell should build through the morning and peak from around mid day through the afternoon hours. Overhead surf is expected in the morning, with sets building to double overhead by the early afternoon. This would normally be a good direction and swell period for both Backdoor and Pipe, although the sand built up may prevent high quality waves at Pipe, but hopefully Backdoor will provide the goods.

Wind should ease a touch from today and looks light to moderate from the E in the earlier morning and then trends more sideshore to side-offshore ENE in the afternoon, moderate in strength around 10-14 knots.

For Friday we expect to see smaller surf in the morning and through at least the first half of the day as the swell trends down and also shifts more NNW in direction. Reinforcing NNW to N swell (340-360) should build late in the day to level the surf off although we don’t really expect much new size. Furthermore, this swell should show primarily at the sandbar and down through Off the Wall, generally missing Pipe.

E trades should rebuild through Friday and become strong during the afternoon hours.