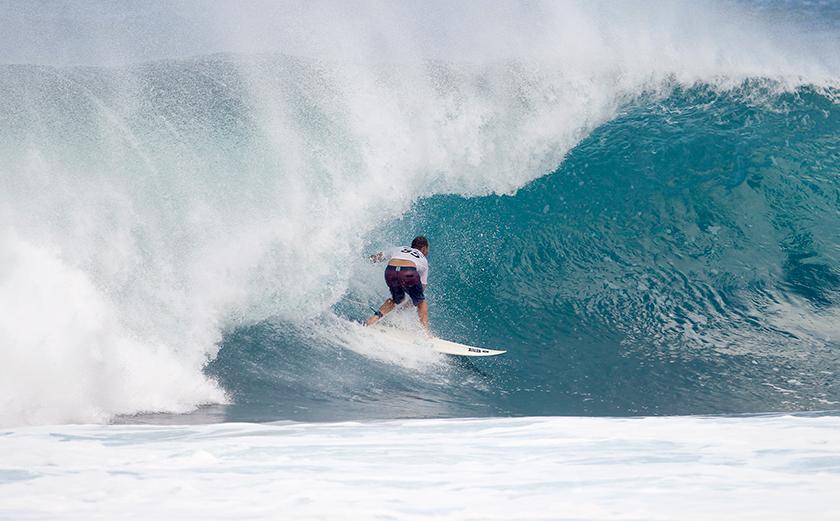 WSL Charges Through Opening Round at Billabong Pipe Masters

The final stop of the Samsung Galaxy WSL Men’s Championship Tour and Vans Triple Crown of Surfing, the Billabong Pipe Masters In Memory of Andy Irons, completed the opening round of competition today in shifting eight-to-ten foot Banzai Pipeline conditions.

With strong winds consistent throughout the day and a predominant North swell on offer, Round 1 had moments of brilliance amidst unruly rip currents sweeping the lineup as the world’s best tackled the world’s most notorious wave.

C.J. Hobgood (USA), who announced 2015 would be his retirement season earlier in the year, enters the final event of his pro career here at Pipeline, and the Floridian came out swinging in Heat 9 alongside Taj Burrow (AUS) and 11-time WSL Champion Kelly Slater (USA). Hobgood began his 2015 Pipeline campaign with a Perfect 10, finding a near-impossible exit that had the crowd on their feet en route to earning the highest heat total of 14.97.

“Before the heat started I told Kelly it’s been a privilege to grow up in the generation I did - I’ve been surfing against the best surfer my entire life and I know when I’m old I’ll appreciate that,” Hobgood said. “Taj thought he sold me on a crappy wave and Kelly was thinking it didn’t even look that good - and it didn’t look that great to me either, I swear it was just a God thing. Even at the end I just thought it was going to knock me off but it just stayed solid the whole time. It was just an out of body experience.”

Following Owen Wright’s (AUS) withdrawal from competition earlier this morning, the 2015 World Title is now down to five contenders here at Pipeline. Leading the charge is Mick Fanning (AUS) who weathered the storm of 2001 Pipe Master Bruce Irons (HAW) and Sebastian Zietz (HAW) with a 9.43 that earned the Jeep Rankings’ Leader a Round 1 victory.

“I was pretty nervous coming up against Bruce and Seabass, they’re some of the best surfers in the world - especially here at Pipeline and I just love both of them,” Fanning said. “We started off so quick and the nerves didn’t really set in once we were in the water but I was stoked to get two quick ones. The next twenty minutes was pretty nerve-racking just because Bruce is capable of anything. 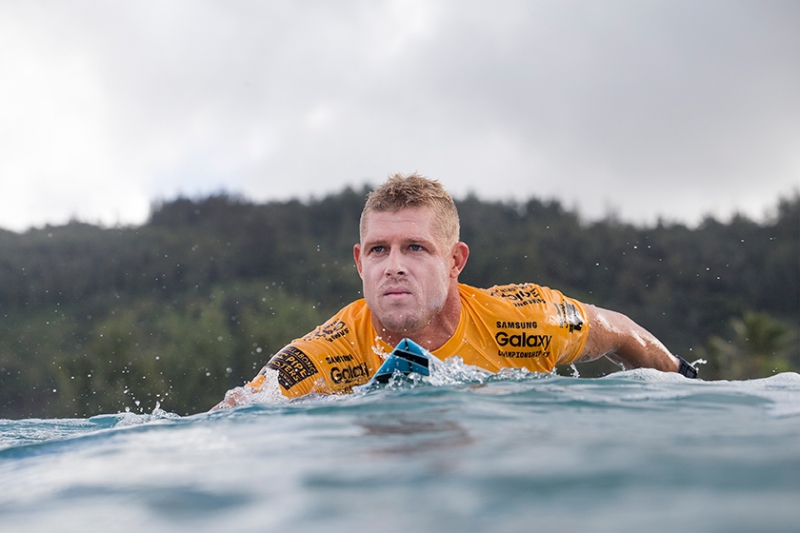 “It was really sad,” Fanning added. “That’s two years in a row for Owen after hurting his shoulder last year. We surfed together, we talked, then the boys took him for food and he just said he wasn’t right. I’m just hoping he’s doing well and from what we hear he’s doing okay so we’re happy for that.”

Also earning a Round 3 berth with a victory over Keanu Asing (HAW) and Wade Carmichael (BRA) in Round 1, current World No.4 Gabriel Medina (BRA) increased his odds to earn back-to-back World Titles. Medina looked in-form and poses a serious threat to the Title race with a carefree approach knowing his chances are narrow.

“It was actually really hard to find the good ones and the wind is pretty tricky toward the middle of the heat so I thought the waves were going to get worse,” Medina said. “But I feel fine getting that 7 which was pretty good and I’m stoked to get through. I’m in a different position than last year but I’ve got some good boards and not worried about the guys fighting for the Title or the Title - I just want to do well and if it happens it will happen. I don’t want to put pressure on myself, just go out and surf.” 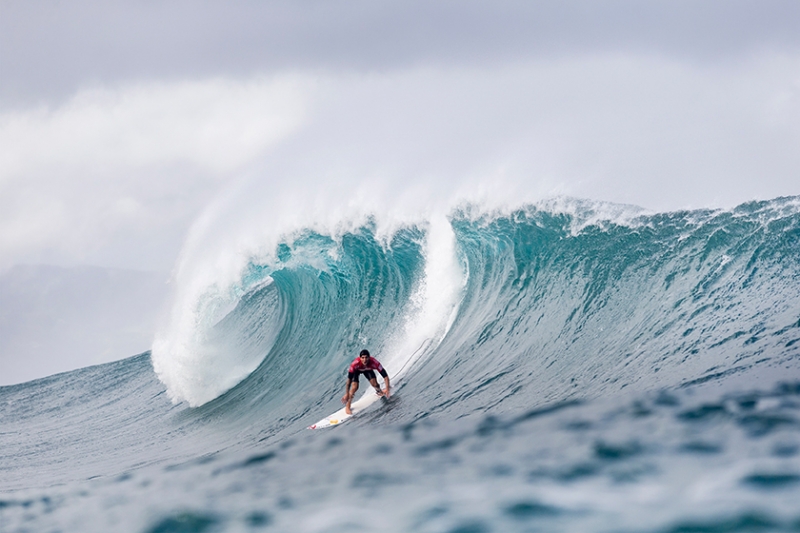 While Fanning and Medina are safely through to Round 3, World No.2 Filipe Toledo (BRA), No.3 Adriano De Souza (BRA) and No.7 Julian Wilson (AUS) all face elimination in Round 2 against formidable opponents. De Souza will face the Pipe Invitational Winner Jack Robinson (AUS) in Heat 3 and Wilson has to battle current Vans Triple Crown of Surfing ratings leader Wade Carmichael (AUS) in Heat 5.

Up first, Toledo will be pitted against former Pipe Master Bruce Irons (HAW) in Heat 1, Round 2 when competition commences.