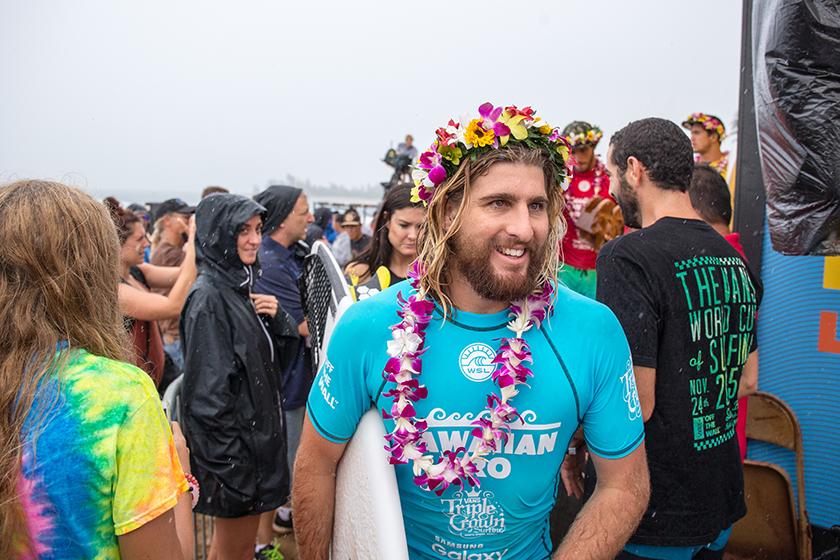 Wade Carmichael (AUS) has been awarded the second replacement spot in the Billabong Pipe Masters. Despite an early defeat at the Vans World Cup, which just wrapped up, Carmichael is currently leading the Vans Triple Crown race thanks to his win at the Hawaiian Pro, the first of the three Triple Crown events, in November. The contest win earned him 10,000 Qualifying Series points, catapulting him to the front of Triple Crown pack and earning him a spot in Pipe Masters draw.

"I'm Just super stoked to be in my first CT event and to be at Pipe is just the cherry on top," Carmichael said. "I'm looking forward to surfing out there and hopefully get a few good ones. It will be an experience of an lifetime."

Carmichael and Bruce Irons (HAW) fill the spots vacated by Freddy Patacchia (HAW) and the injured Matt Banting (AUS). The final spots in the draw will be decided by the Pipe Invitational where a 32 local competitors will vie for two wildcard spots.

The Billabong Pipe Masters is the season finale for the men's elite Championship Tour, which will crown a 2015 Champion at the event. But it's also the the third jewel in the Vans Triple Crown. With his points lead in the three-contest series, Carmichael has a real shot at winning one of pro surfing's most prestigious prizes.

Not only that, but the Aussie ripper is wrapping up his best season yet. He's currently No. 16 on the Qualifying Series rankings.