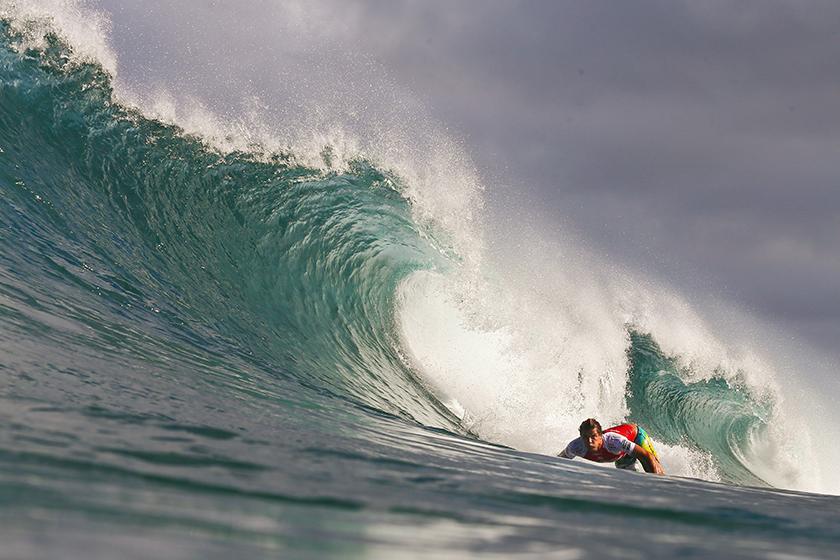 Clean conditions provided an ideal backdrop for an exciting day of surfing with all WSL Title contenders advancing through to Round 3 as Filipe Toledo (BRA), Adriano De Souza (BRA) and Julian Wilson (AUS) earned victories in their respective Round 2 heats.

The day began with current World No. 2 Toledo taking on former Pipe Master Bruce Irons (HAW) in a thrilling opening Round 2 heat. Toledo found himself in a morning gem that earned him the score he needed to put the heat out of Irons’ hands - keeping the Brazilian’s Title hopes alive after an upset yesterday.

“I was nervous yesterday coming up against Jamie O’Brien and Kolohe with the waves being super hard and slow - the swell direction wasn’t super perfect for Pipe,” Toledo said. “I’m lucky to get through today, yesterday I was thinking about this heat all day coming up against Bruce. I knew I was going to have to go big since he was one of the best out here and it was a pleasure to compete against him. I’m super stoked to earn some respect from Bruce, I paddled over to him after the heat and we had some good words so that was amazing - when I was a kid I would watch him surf Backdoor and everywhere else.”

Facing the 17-year-old Pipe Invitational Winner, Adriano De Souza (BRA) had to bring his best performance to take down Jack Robinson (AUS). Coming down to the last wave ridden, Robinson had a chance to end De Souza’s World Title dreams but narrowly missed the score needed by 0.67 as the buzzer sounded. De Souza has been fortunate to have the experience out here at Banzai Pipeline given to him by fellow competitor Jamie O’Brien (HAW) - one who could play a huge role in the Title race. 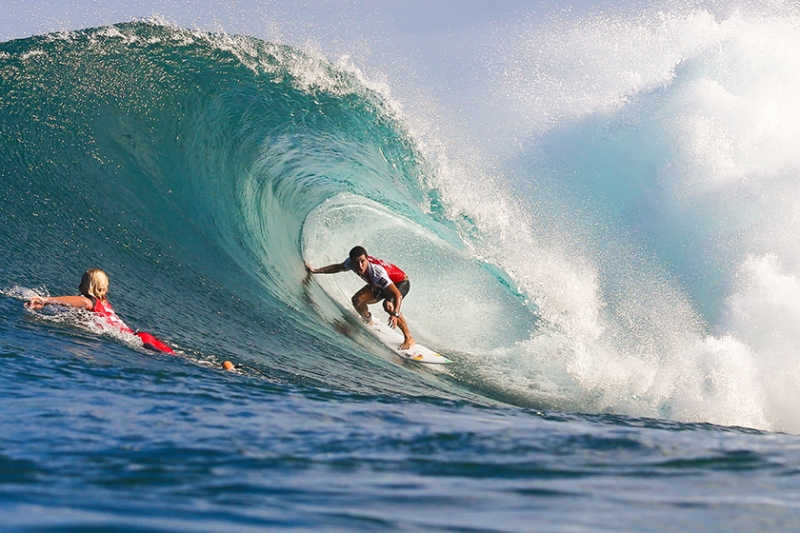 “I’m actually staying with J.O.B - he opened his house to me a few years back to practice at Pipe and I can’t thank him enough,” De Souza said. “He understands I want it so much and it was so big for me and my career. I really hope I can win this. I don’t have a big sponsor like Quiksilver or Billabong that have houses out here, I just have a national brand so I went to Jamie and just said you’re the man, if I can’t stay here I’ll sleep at your door because I want to surf every day here. I have so much respect for the locals out here and just want to spend as much time in the water as I can.”

O’Brien will be pitted against current Jeep Rankings’ Leader Mick Fanning (AUS) in the elimination Round 3 and could play a big upset.

“Heading here everything looked like it was going Mick’s way but now it looks like all the pressure is on Mick,” Kelly Slater (USA) said of the showdown. “He’s drawn Jamie, who a lot of people regard as maybe the best guy out here going backside or frontside so he’s probably caught more waves out here than anyone in the last ten years. Mick’s got his work cut out for him but he’s a three-time World Champ for a reason.” 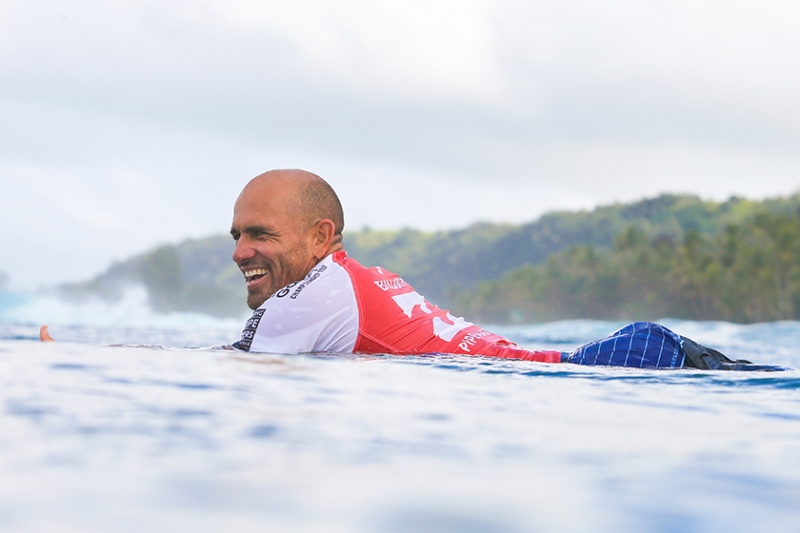 Also keeping his slim World Title hopes alive, Julian Wilson (AUS) charged past current Triple Crown of Surfing Ratings Leader Wade Carmichael (AUS) in Round 2, Heat 5 - nearly comboing the fellow Australian at the final horn. Wilson reflected on his day yesterday and took that motivation into today - never knowing what to expect from the beautiful beast here at Pipeline.
“It was a bit more funky yesterday and hard to get into that rhythm I had last year,” Wilson said. “Today the waves were more fun, there’s more opportunity and edge back to that rhythm again with some momentum.”

“You just have to wake up and check it each morning,” Wilson added. “Everyone goes off their predictions and forecast but until you wake up and see what the conditions are like you never know. Yesterday I thought it was going to be really good but then we got here and the wind blew all night, it was wonky, and there weren’t that many good ones.”

Returning to his first CT event since Jeffrey’s Bay due to multiple injuries, Jordy Smith (ZAF) posted the highest heat total of the day with a 16.00 - earning an 8.67 and 7.33. Participating in the Vans Triple Crown of Surfing this Winter, Smith is finding his form at the proper time as he looks to get as much competition in as possible. 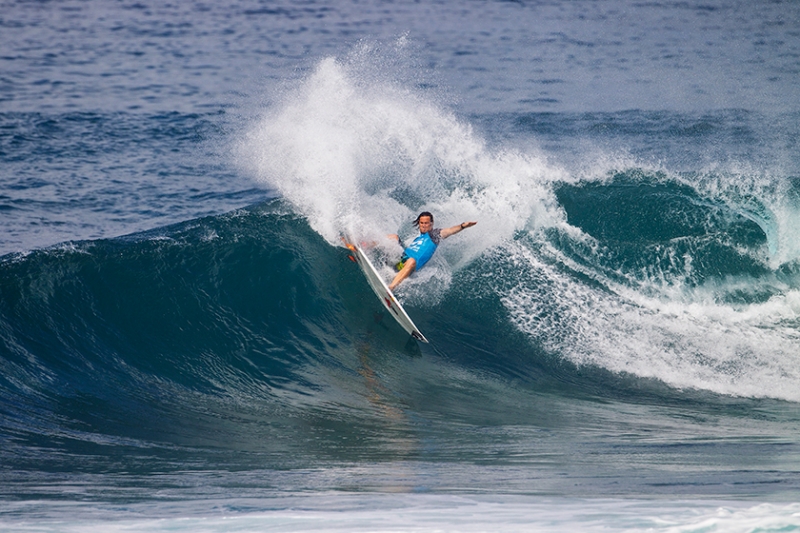 “This is amazing, it’s my goal just to surf right now so the whole Hawaiian leg has just been a warm-up,” Smith said. “You can’t rush it, I tried to do that at West Oz and put myself in a bad position. I’m just taking each day as it comes and learning so much more every day. I think it’s starting to be a Hawaiian vacation, there’s no real pressure to try and reach some sort of goal here - I just want to do the very best I can and try to take as many waves as I can.”

Ending a day of high-performance surfing at one of the world’s heaviest waves, the Women’s Pipe Invitational took to the water following Round 2 as 2015 WSL Champion Carissa Moore (HAW), No. 2 Courtney Conlogue (USA), Rookie of The Year Tatiana Weston-Webb (HAW), and renowned Big Wave charger Keala Kennelly (HAW). Moore dominated the heat with an incredible performance - comboing the field en route to her win with an 18.96 heat total. 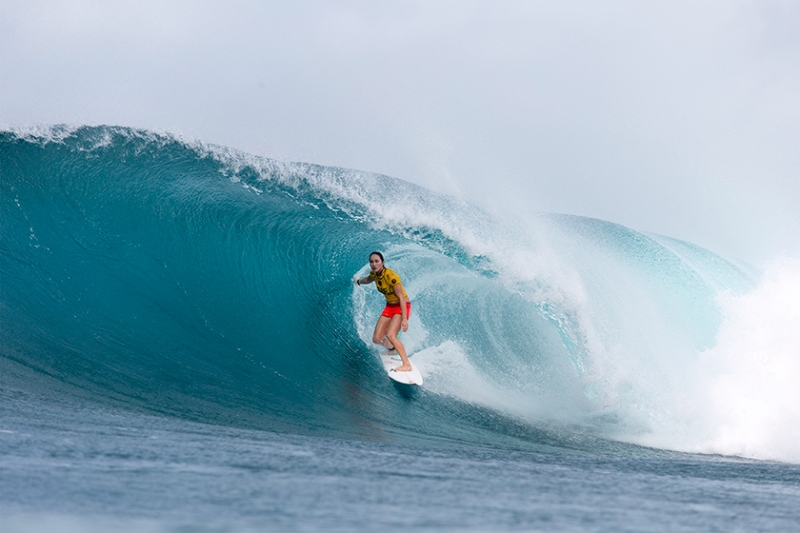 “It was super fun,” Moore said. “I was a bit wishy-washy about doing it feeling under the weather - but the waves were looking perfect and I just wanted to do it. I have to just say that the women are stepping up and there’s this passion and enthusiasm to push each other. I think we’re all excited to push each other in these big waves and get more innovative and progressive - it’s just a really exciting time to be a female in surfing.”

When competition recommences, up first will be reigning WSL Champion Gabriel Medina (BRA) up against Jordy Smith (ZAF) in the opening heat of Round 3.