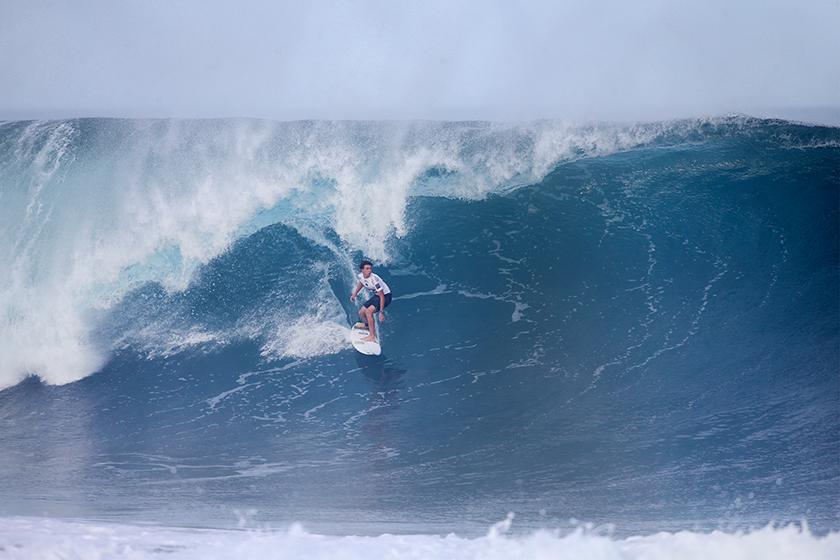 The Pipe Invitational has been called on this morning, commencing at 8am in massive 10-to-15 foot surf at Pipeline.

“It’s really solid and really clean out there this morning and we’ve called the Pipe Invitational ON for an 8am start,” WSL Commissioner Kieren Perrow said. “Good luck to all our competitors today. We’re looking forward to a great day of competition.”

The $100,000 Pipe Invitational pits 32 specialists against one another as they compete for two wildcards into the Billabong Pipe Masters in Memory of Andy Irons.

Both wildcards will have the opportunity to play a special role in the main event as they will draw one of six remaining WSL Title contenders in the opening rounds of competition.

Surfline, Official Forecasters for the World Surf League, are calling for:

Large WNW swell peaks early Wednesday morning, with Pipe expected to be mainly maxed out. However, watch for the surf to gradually become more tame through the day, especially over the afternoon. The swell eases a couple notches for Thursday (but still solid) and shifts more NW’erly in angle. The swell continues to ease over Friday and the weekend. Breezy ENE veering East Trades through Wed/Thurs, then backing off some over Friday and veering ESE. Watching for a possible good size NW swell for around the 15th-17th.