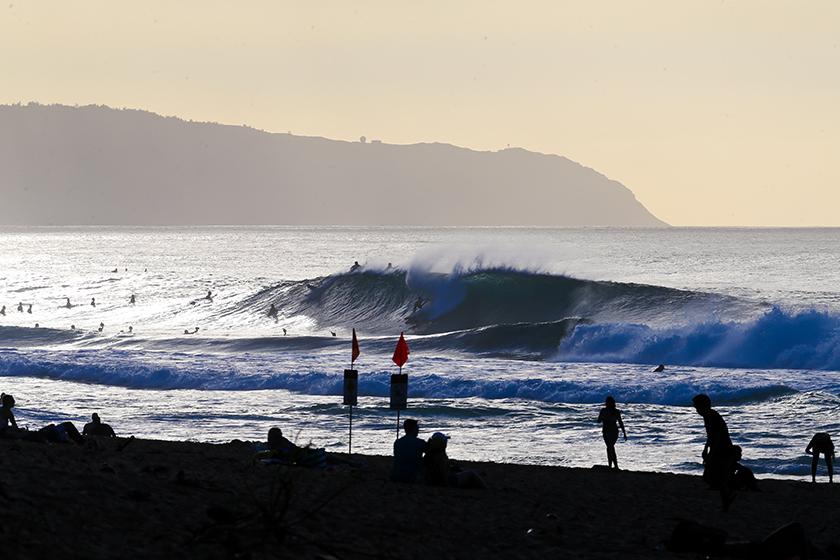 Small surf in the two-to-three foot (1 metre) range prompted event organizers to call a lay day for the Billabong Pipe Masters in Memory of Andy Irons.

The final stop on the 2015 Samsung Galaxy WSL Championship Tour as well as the Vans Triple Crown (a WSL Specialty Series), the Billabong Pipe Masters will decide the 2015 WSL Title and could resume competition as early as tomorrow.

“Clean-but-small surf this morning and we've called competition off for the day,” WSL Commissioner Kieren Perrow said. “We have a significant swell system that will start showing tomorrow and we're hopeful that we'll recommence competition then."

Organizers will reconvene tomorrow morning at 7:00am to assess conditions.

Gabriel Medina (BRA) will battle to keep his hopes of defending the World Title against Jordy Smith (ZAF) in the opening heat of the elimination Round 3 when competition commences.