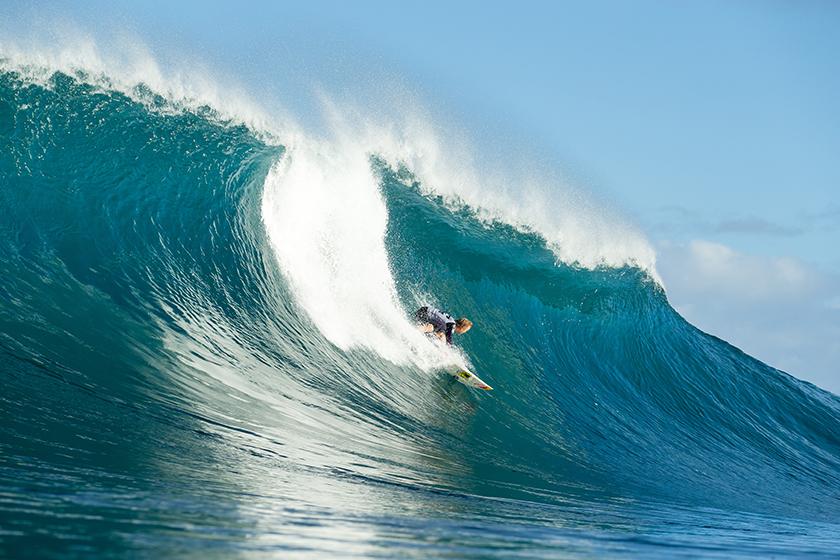 With small surf trickling into the world-famous Banzai Pipeline this morning, event organizers have called the Pipe Invitational off for the day. The $100,000 Pipe Invitational will see 32 specialists compete for two wildcards into the final event of the 2015 Samsung Galaxy World Surf League (WSL) Championship Tour season, the Billabong Pipe Masters in Honor of Andy Irons, once competition commences.

Whoever advances through today’s Pipe Invitational will have a special role to play in the main event as they will draw one of six remaining WSL Title contenders in the opening rounds of competition.

Surfline, Official Forecasters for the World Surf League, are calling for:

A new/strong WNW swell will build over Tuesday (mainly over the PM) into Wednesday - strongest Tuesday night/early Wednesday with Pipe becoming maxed out by Wednesday morning. Moderate East-ENE Trades for Tuesday, becoming quite breezy through Wed/Thurs, then decreasing some over Friday and into the weekend while veering ESE. Surf eases some for Thursday, but still solid and with Pipe handling it better. Fading surf over Fri/Sat. Possible new bumps of NW swells for Sunday the 13th and then around the 15th-17th.