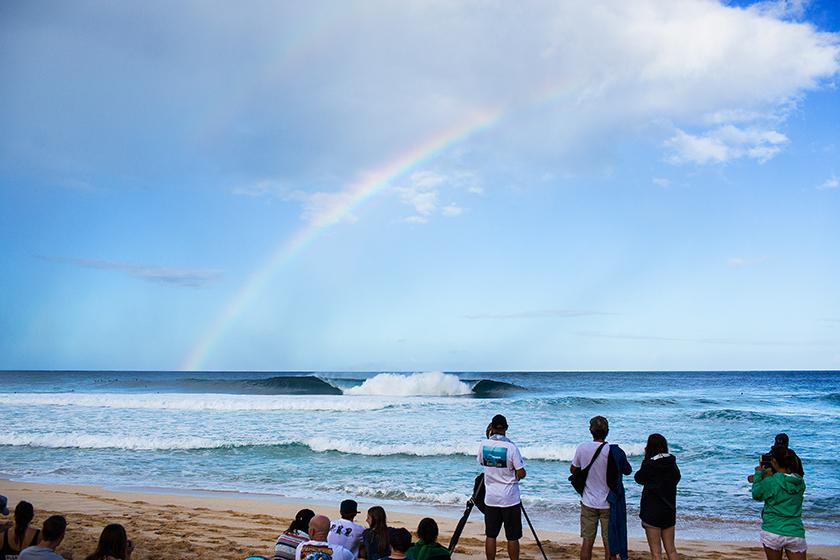 Small, one-to-two foot (.5 - 1 metre) surf coming into Pipeline have prompted event organizers to call the Billabong Pipe Masters, the final stop of the Samsung Galaxy WSL Men’s Championship and Vans Triple Crown of Surfing, off for the day.

“It is beautiful, conditions are great but unfortunately there’s no swell out there as we’ve watched it trend down over the last few days and will continue to do so throughout the day,” WSL Commissioner Kieren Perrow said. “We’re off for today and there’s a small pulse coming at the end of this one, but that’s not going to do much. We are really tracking that swell coming Tuesday and peaking on Wednesday - possibly holding through Thursday. It is a super important round coming up with some amazing matchups, World Title on the line so we want everyone to get in some great waves.”

First in the water when competition commences, Gabriel Medina (BRA) will battle to keep his hopes of defending the World Title against Jordy Smith (ZAF) in the opening heat of the elimination Round 3.