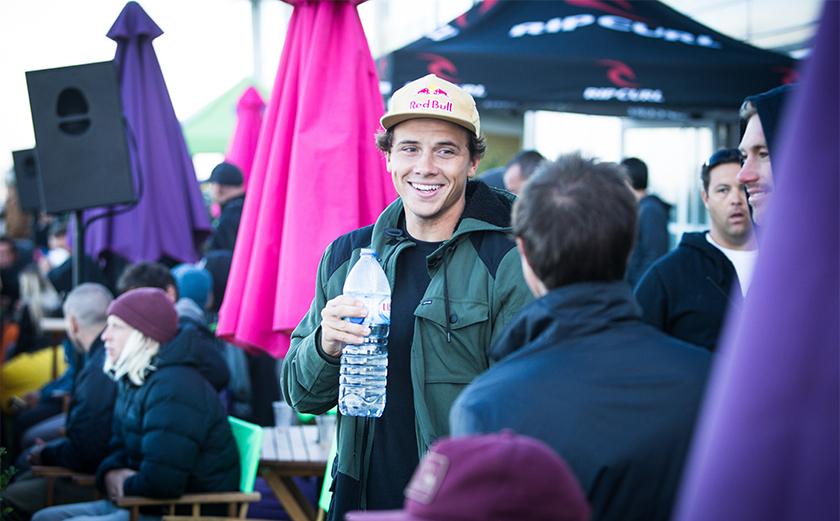 After five years on the Samsung Galaxy Championship Tour, Australia's Julian Wilson is in the World Title conversation for the first time. At No. 7 on the Jeep Leaderboard heading into the Billabong Pipe Masters, a lot would have to go Wilson's way in order for him to finish the year on top: Nearly all five competitors ahead of him would have to surf poorly. Even then, he would still have to win the event to take home the Title.

But Wilson is no stranger to stacked odds. Last year, he clinched his first Triple Crown title after winning the Pipe Masters and, as this year has shown, anything can happen in surfing. Between the trauma of J-Bay, getting engaged and competing in his first World Title race, the 27-year-old is remarkably composed heading into the Hawaiian CT contest. 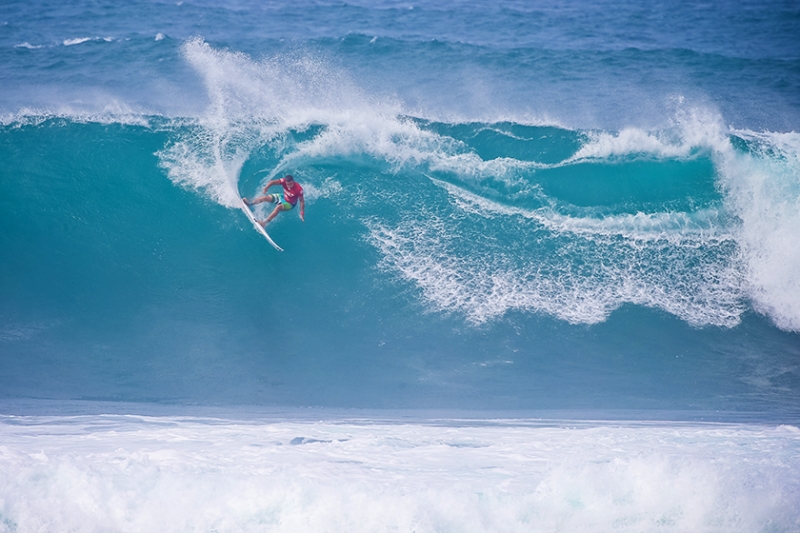 Daniel Jenks: How are you feeling about being in the World Title race for the first time in your career? You're heading to Hawaii as a contender and defending Triple Crown and Pipe Masters champ.
Julian Wilson: It was definitely a goal this year to make sure I could give myself an opportunity coming into the last event. I'll get over there for the Sunset event, but definitely focusing on preparing myself for Pipe and I'll be hoping for a nice big swell with any luck. It would be great.

DJ: It's been a huge year for you between getting engaged and being so close to what could be your best result ever on the Championship Tour. What have you done to stay at the top with what is arguably the steepest level of athleticism surfing has ever seen?
JW: Trying to have a good balance. Taking care of myself and being as prepared as I can physically and mentally for the events, it created some good consistency this year. I enjoyed the events and surfing with everyone and seeing where the level is at. Trying to evolve my surfing as well and figure out the best ways to win heats.

DJ: You had three second-place finishes this season. They're obviously incredible results, but does coming so close to an event win motivate you or anger you?
JW: It's a motivational thing for sure. It's great to make the Final, but you obviously want to win. First the Gold Coast, then Fiji didn't go my way and in J-Bay obviously the incident took over that whole deal. We had to put that one aside. I'm looking to try and get that win this year, I'm super motivated to stay positive and work hard. Taking care of the things I can and try to get a win before the season's done.

DJ: Following J-Bay there was a lot of media attention, was it hard to balance all the publicity and maintain focus on earning results?
JW: No I don't think so. I was giving everything I had up until that point and there was a nice break between J-Bay and Tahiti. I was able to deal with the media attention and refocus on the task at hand. I felt good in Tahiti, C.J. had an incredible wave in my heat. That was the difference in taking the lead in the Title race in Tahiti. I didn't have my best performance in Trestles.

It's been a little up and down since J-Bay for sure, but I don't think that has anything to do with the buzz and media attention around what happened. It's more a little bit of experience and being in the World Title race for the first time. It's all a new learning experience for me and all I can do is build from that.

DJ: Similarly, you did really well in France (equal third), but then had a tough result in Portugal. The level of talent on Tour is reflective of everyone's ability to make heats. How do you mentally balance back and forth results when things are so competitive?
JW: For me it's feeling like I can give my best effort every time. Portugal I had a poor result, but I felt really on top of my game. Sometimes the conditions are tricky, sometimes the cards just don't fall your way. But as long as you're putting on a performance you're proud of, you can walk away knowing that you gave it your best effort.

There's not too much to be disappointed about. I think the level is in a really good place, the conditions also dictate results and who's doing well. Therefore there are six guys still with a chance come Pipe. It definitely reflects the conditions. There's been some exceptional conditions and some average conditions, and there's guys that excel in good waves and guys that excel in the junky waves. Obviously your World Champion is someone who can execute in all conditions and get results no matter what. I think Mick (Fanning) and Adriano [de Souza] and Filipe [Toledo] have been the most consistent this year and they're in the strongest position at Pipe. But nobody's run away with it, I guess it's the way the year panned out.

DJ: Your Title is dependent on you winning the Pipe Masters, but also on the other contenders making a lot of mistakes. Either way, you could potentially earn your best result, if not the Title. Will you be satisfied with your season without the Title?
JW: I look at the position I'm in at the end of this season as opposed to last and I carried that momentum from Hawaii last year through this year. There's obviously a lot of factors coming in, a lot of things have to fall my way to win the Title as well as win Pipe, but if I can go to Pipe and get another result like last year, I'm going to be proud of whatever position that leaves me in. It's been a much better year. Last year I was going into Hawaii just trying to keep my seed on the Tour and not have to use my rank on the QS [to requalify]. That win set me up and it's obviously a much better position this year to be surfing for a World Title as opposed to my spot on Tour.

DJ: You won the Pipe Masters last year, how does that affect you mentally? Will you approach the event differently than you would normally?
JW: I'm looking at what the Pipe Masters is and what it means to me -- how exciting it is to surf out there with just one other guy. I hope we get a nice big swell at the end of the year to finish off the season. We had a great swell in Fiji, but I think it would be really nice to finish with a big swell at Pipe. Have everybody get a really great opportunity to battle it out. I'm just focusing on how good that wave is and how much enjoyment I can get out of surfing it. I want to just keep making heats so I can surf that wave with only one or two other guys out. 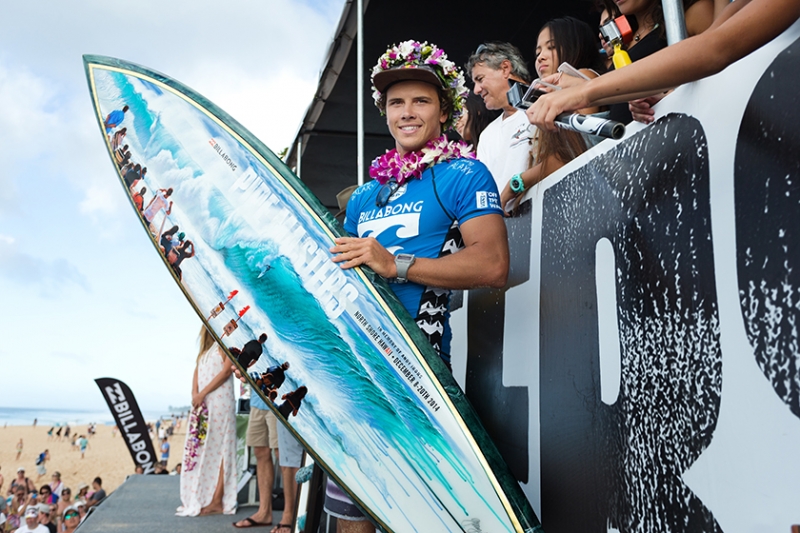 DJ: What would the World Title mean to you?
JW: It would be extremely satisfying. It's something that I've always aspired to achieve. It's what motivates me every day. It would be an amazing feeling. There's still the opportunity this year, it's a long shot, but it's definitely what excites me about day to day things -- training and surfing and trying to improve. It's a massive driving force and when I can achieve it, it's going to be a massive feeling.

DJ: Will you be doing anything fun over the holidays to unwind or celebrate the end of the season?
JW: Everything is pretty much focused on heading to Hawaii, finishing the year off strong and enjoying my time over there. Then the Holidays will be a great break. The only thing I know happening during the break is an engagement party with my fiancée, but other than that no plans.