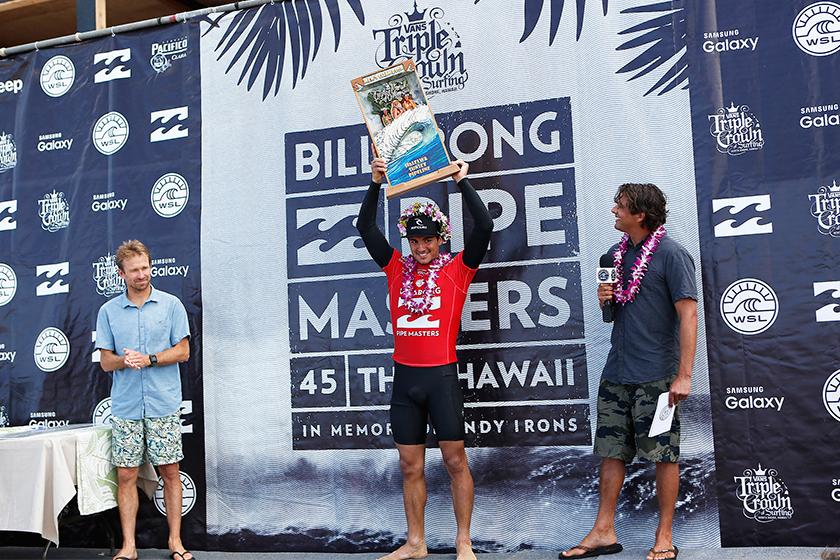 It was history in the making at Pipeline today as Gabriel Medina became the first Brazilian surfer to ever win the coveted Vans Triple Crown of Surfing title.

Claiming Runner-up status at the Billabong Pipe Masters for the second, consecutive year, Gabriel Medina achieved a phenomenal comeback after a tough start to 2015. Turning his season around at the Billabong Pro Tahiti with a Runner-Up finish, the defending WSL Champion stood proud hoisting his well-deserved trophy.

“I’m really stoked to be the first Brazilian to win a Triple Crown - it was actually my goal coming to Hawaii,” Medina said. “This year has been difficult for me when I lost the first four events and everyone said I wouldn’t have a shot at the World Title. I’m so thankful to come here and be a part of the World Title race. I’m so happy to make the Final, it was a tough heat against Mick and I got the score I needed in the last minute and I couldn’t ask for anything better. I’m so excited for Adriano to win his first World Title and Pipe Master - I know he’s been dreaming for ages and he did everything he could.”