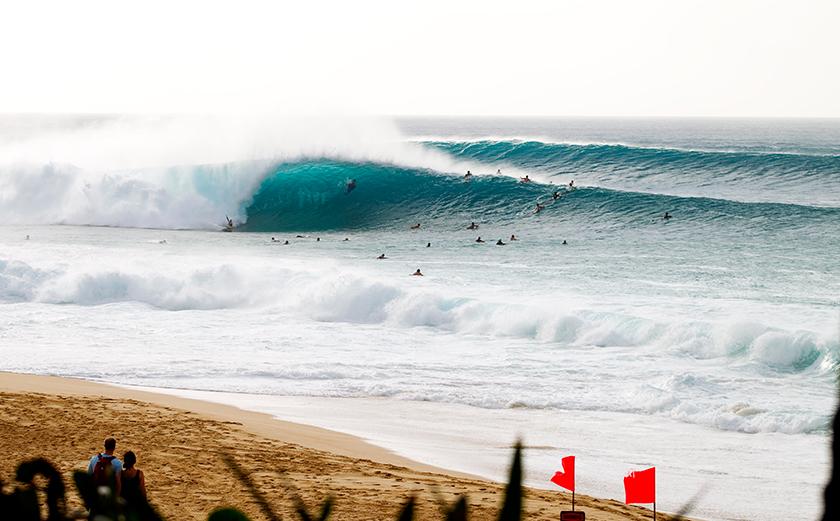 Both surfers and fans will tell you, there's something special about walking through the event infrastructure at Ehukai Beach Park on the North Shore of Oahu during the Billabong Pipe Masters. It's a mix of surfing tradition, inspiration and Polynesian culture. There's a sense of history, and the wall of former Pipe Masters winners -- it's not like anything else in the world of sports.

It's hard to imagine that Hawaiians never went seeking Pipeline's hollow perfection before 1961, when surfer Phil Edwards gave it a try, later bringing filmmaker Bruce Brown and his camera. But as history tells it, Edwards was among the first to challenge the terrifyingly beautiful wave by which the talent of locals and professionals are judged today.

"I'm sure someone had surfed it at some point," said Gerry Lopez (HAW), who helped set the bar for performance at Pipe. "Pat Curren and Flippy Hoffman used to camp right there and I know they bodysurfed it. But I have spoken to Bruce Brown. He doesn't claim that was the first time it was surfed, but that is the first time it was recorded. Later that day, word got around and a handful of other guys paddled out." 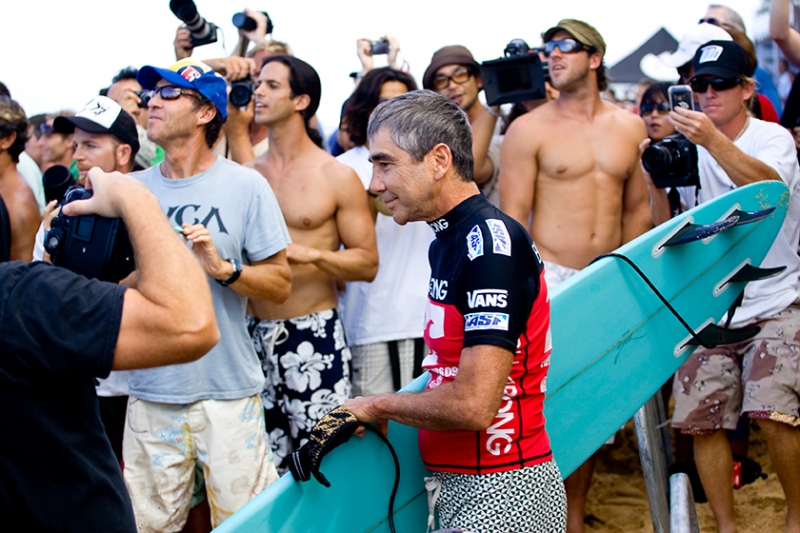 Either way, it has become the most storied break in all of surfing, and it's all about what happens behind those heavy liquid lips.

Lopez first surfed Pipe in the early 1960s and by the late '60s boards were getting shorter, specifically tuned for riding the deeper, more critical part of the wave. While he was winning Pipe Masters events in 1972 and '73, in the heart of the single-fin era, Lopez began shaping boards himself.

"The first was the Coral Cruiser," he said. "That was the prototype of Pipe guns for the '70s. Those boards had the tail of a Waimea [big wave] gun, but the key to making it work really good was the low rail."
Pipeline is one of those spots that can define a surfer and professional career. Some of the best in history -- Shaun Tomson (ZAF), Mark Richards (AUS), Mark Occhilupo (AUS), Tom Carroll (AUS), Kelly Slater(USA), and Andy Irons (HAW) -- are all former winners at Pipe. Today, the boards are even shorter to allow for longer barrels and a certain degree of high-performance surfing. Some CT competitors ride specific quads to get more speed coming through those tubes. 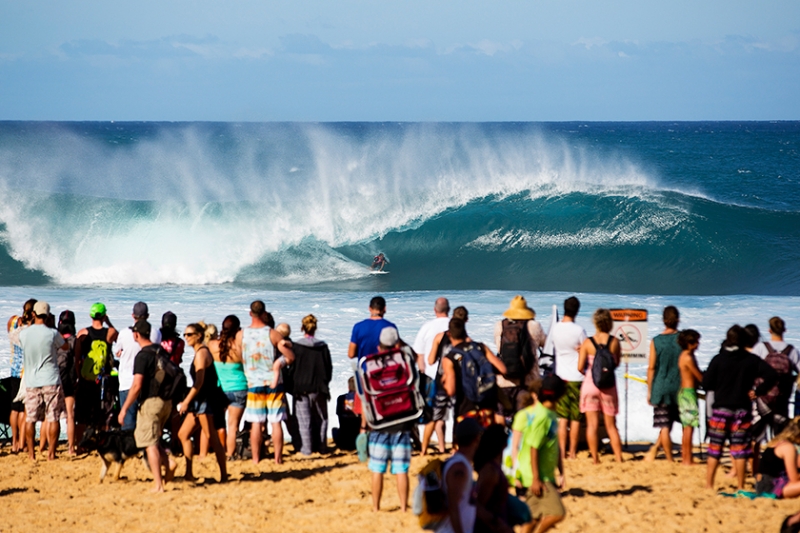 The North Shore is known as the Seven-Mile Miracle, packed with more quality surf breaks than anywhere in the world. And winter arrives, the North Pacific starts delivering energy toward that coast, and especially at Pipe.

"It's tilted perfectly to receive the brunt of any northwest swell that happens to swing though the Pacific," said Lopez, "And that reef at Pipe hasn't changed much in all these years. Anything with a slight west angle is going to create more open, hollow, waves. But as long as it's a clean swell, there's going to be waves and it's going to be an exciting contest."
Shallow reefs are surfing's greatest double-edged sword: The more shallow and dangerous the reef, the more hollow the cavern. The one big variable at Pipe is the sand, which can build up on the reef and cause those magic barrels to close out.

"[Sand] determines if it's going to be pretty good, or really good," explained Lopez. "In the summertime, the sand builds up and the beach gets wider, but the first day that Pipe really broke this year looked pretty good from my perspective. I was there in early October and couldn't believe how narrow the beach was."

While Pipeline proper is a left-breaking wave, taking Backdoor -- the right-breaking wave beside it -- has become highly regarded. For the first 15 years of competition, the left was the primary source of scoring potential. The judges and scaffolding were set up on the east end of the beach. They couldn't even see the right. But eventually, the heroics of going right started to rival Pipe.

Riding Pipeline may take as much technique as bravado, but watching every riveting ride from the beach or the couch really doesn't. Though nearly every wave ridden at the Pipe Masters features a surfer firing headlong into a throaty tube, the high-range scores are the ones that make it out.
But then there are those where we completely lose a surfer behind that tropical water curtain, write them off, and go on with our lives. And somehow, they come through the darkness flying into the Hawaiian sunshine.

There are six surfers in contention for the 2015 World Title, only one of whom, Julian Wilson (AUS), has ever won the Pipe Masters. Favorites in this event are Gabriel Medina (BRA), who made the Final in 2014 on his way to his first World Title, seven-time Pipe Masters winner and legendKelly Slater (USA), and of course, John John Florence (HAW), who lives just a few dozen feet away from the break and has won other Pipe events multiple times, but never the elusive Pipe Masters. 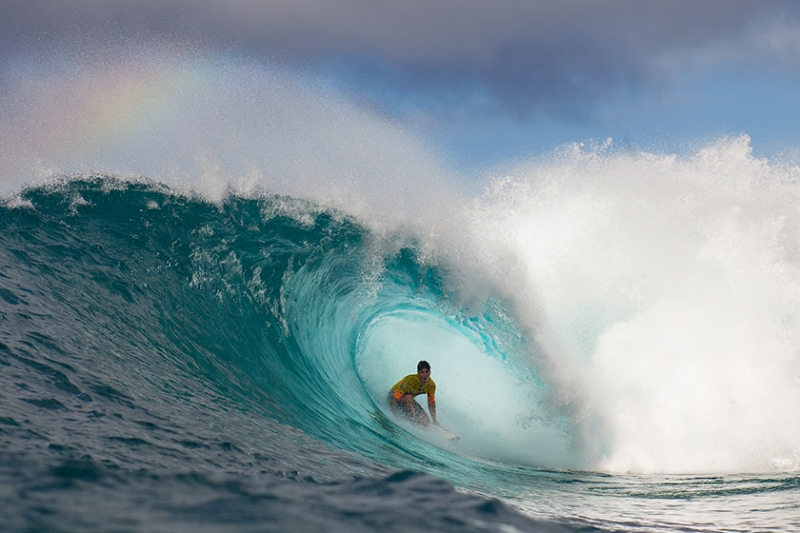