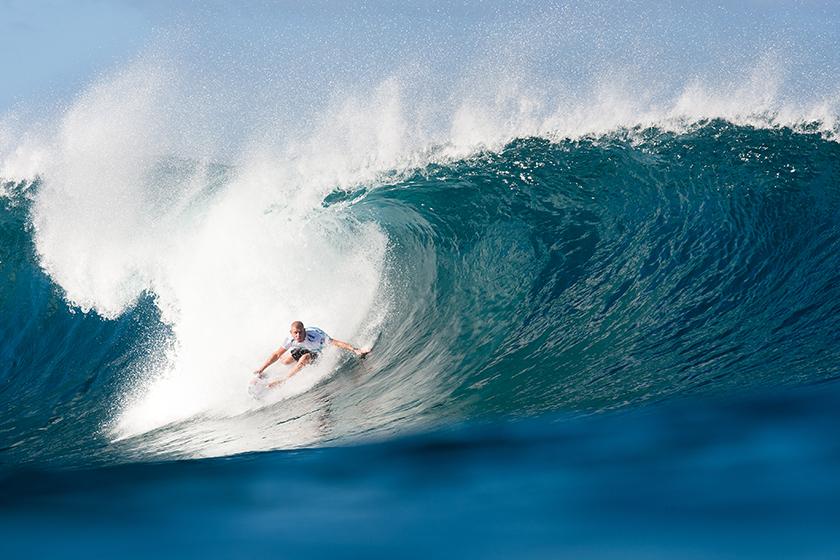 The 2015 World Surf League (WSL) Samsung Galaxy Men’s Championship Tour (CT) Title Race has come down to the final event of the year, the Billabong Pipe Masters in Memory of Andy Irons, held from December 8 - 20, 2015.

Fanning is coming into Pipeline with significant momentum after winning the Vans World Cup of Surfing in substantial conditions at Sunset Beach. Already with three World Titles to his name, Fanning is looking to achieve a historical moment in his career with another WSL Title.

“It’s been an up and down sort of year,” Fanning said. “I feel like in France I was just hanging on and now I just want to go and throw everything at it. It’s no use playing tactics anymore, it’s just go out and do your job. I want to do my best and to match Mark Richards with four titles would be a dream come true.” 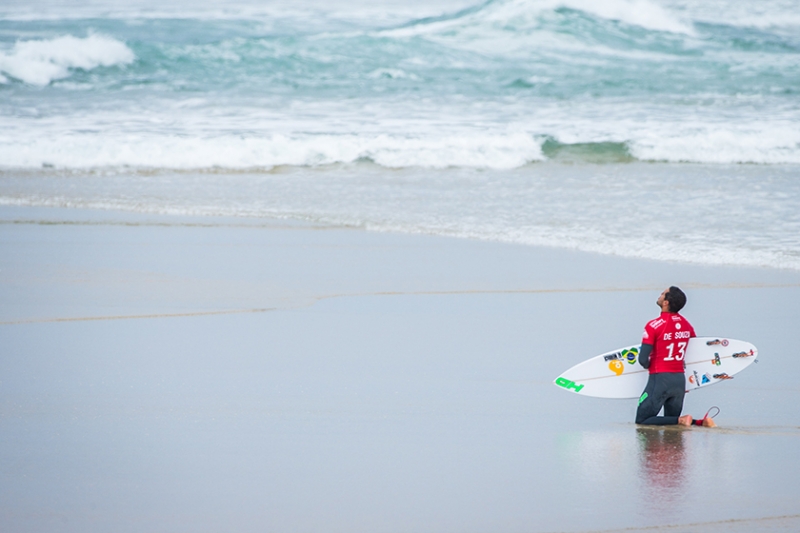 Clinching the No.1 spot at Margaret River and holding onto the Jeep Leader yellow jersey until Trestles when he fell behind to Fanning, Adriano De Souza (BRA) has had one of his best performances on the Dream Tour this season. However, the Brazilian will need a result at Pipeline if he is to clinch his first World Title.

“It’s been an amazing experience for me to be in the Top 3 since the first event,” De Souza said. “This has always been a dream of mine, being on tour for ten years now, and I’m ready to win a title. Coming down to the last event of the year is also a dream to fight for a title here.”

Defending Billabong Pipe Master champion and Vans Triple Crown winner, Julian Wilson (AUS) is currently sitting at No.7 with a mathematical chance to claim his first-ever World Title. Beginning his year with a Runner-Up at the Quiksilver Pro Gold Coast and following it up with Runner-Up finishes at Fiji Pro and Jeffreys Bay later in the year, Wilson has turned in a much better result sheet than 2014.

“I look at the position I'm in at the end of this season as opposed to last and I carried that momentum from Hawaii last year through this year,” Wilson said. “There's obviously a lot of factors coming in, a lot of things have to fall my way to win the Title as well as win Pipe, but if I can go to Pipe and get another result like last year, I'm going to be proud of whatever position that leaves me in. It's been a much better year.” 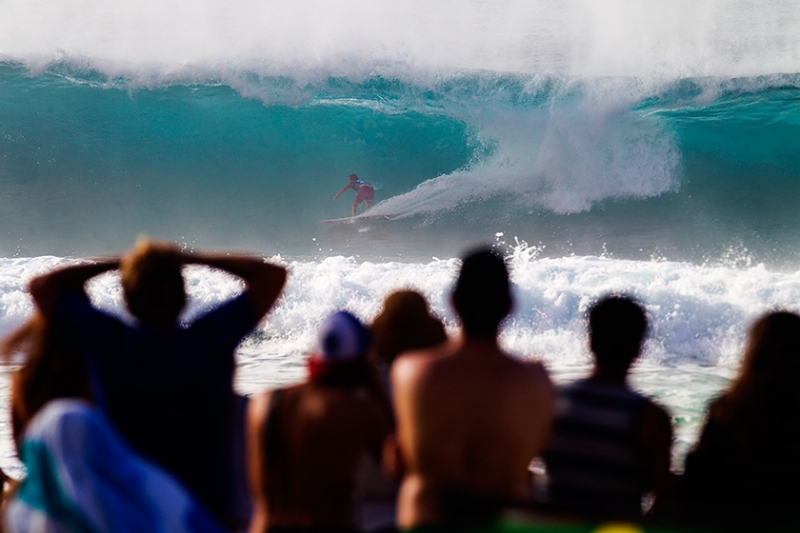 Whether is Pipe or Backdoor, this year's event will be one for the history books. Julian Wilson. Photo: WSL / Kirstin

A full list of all title contenders can be found HERE.

In addition to the hunt for the 2015 WSL Title, the world’s best surfers are also vying for a position on next year’s tour - finishing Top 22 on the CT rankings, Top 10 on the Qualifying Series (QS) rankings or receiving one of two WSL wildcards which comprise the WSL Top 34.

The Pipe Trials, a $100,000, 32-man event, will determine the final two spots for this year’s Billabong Pipe Masters will a strong likelihood of running tomorrow.