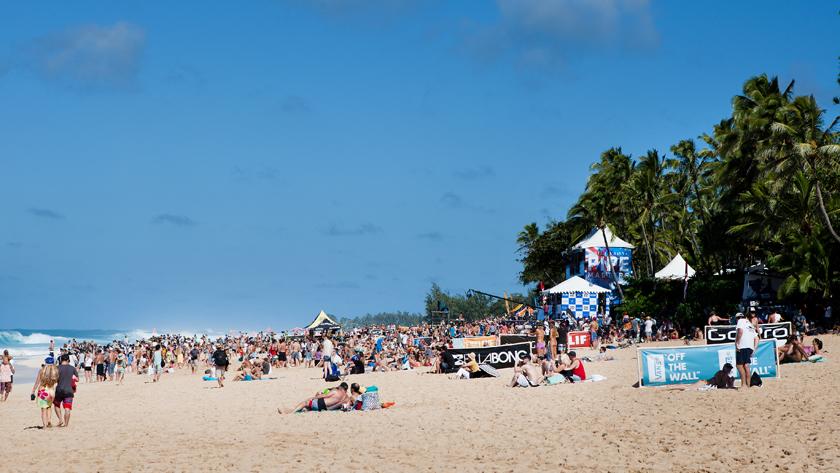 Stop No. 10 of 10 on the ASP World Championship Tour, the Billabong Pipe Masters has seen incredible performances thus far, including two perfect 10 point rides, ASP World Title Race action and heavy wipeouts. While a holding pattern appears to be in store over the coming days, a promising swell is expected to deliver epic Pipeline conditions for a dramatic finish this weekend.

“The surf has dropped and we’re expecting the swell to diminish throughout the day,” Marty Thomas, Vans Triple Crown Contest Director said. “We’re watching a swell that will start to build on Friday and could deliver incredible waves for Saturday.”

Event organizers will reconvene tomorrow morning at 7:30am local time for a possible 8am start to Billabong Pipe Masters competition.