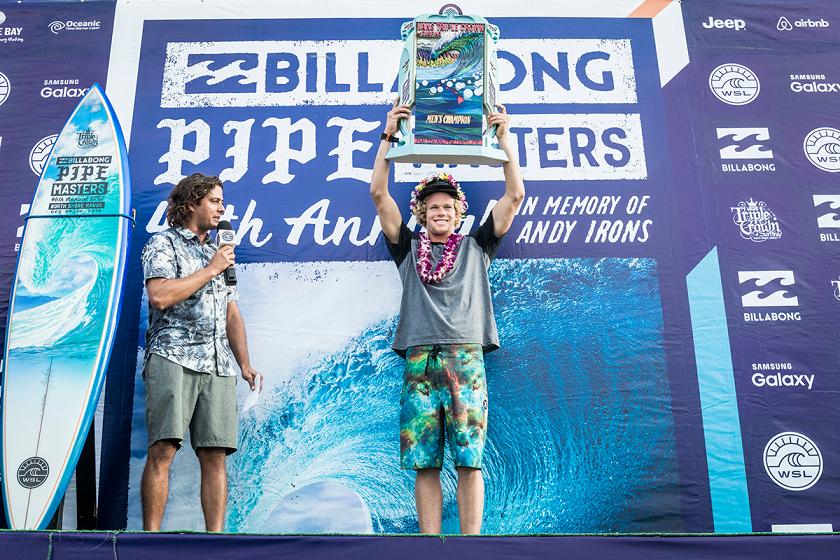 The North Shore local started his Vans Triple Crown campaign by winning the Hawaiian Pro at Haleiwa, had a little bit of a shocker in Sunset, but managed to grab a 5th place in the Billabong Pipe Masters, finishing on top of the overall ratings.

It's a pretty common agreement between the pros that winning the Triple Crown title is the next best thing to winning a World Title. The fact that John John was able to put both in the bag during the same year, in addition to winning the Eddie Aikau Invitational in Waimea Bay earlier in February, is a pretty big feat.

Now, as the best surfers in the world head home to spend some family time over the holidays, one thing is guaranteed: They'll be back frothing to get another shot at the prestigious event in 2017.